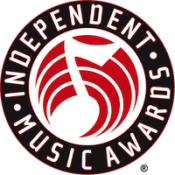 Back again, the Independent Music Awards are providing members of The Orchard with a bonus Free Song entry to the program’s 18th annual edition. Click HERE to enter in any Album, EP, and Producer category, and you’ll receive a coupon with your receipt to submit a Free Song entry.

Whether it’s a debut release or veteran project, The Independent Music Awards honor and elevate some of the year’s best independent releases from around the globe – in all styles of music. The award-winning distinction generates more interest from programmers, press, talent buyers, and fans. Both indie artists and record labels can submit new projects in 107 music, video, and design categories. These include categories such as Social Action Song, Album ReIssue, Debut Album, etc. Projects are reviewed by music icons, radio & festival programmers, press, Film & TV music supervisors, peers, fans and bookers representing venues throughout the Americas, Asia, Australia, and Europe.

IMA honors are awarded for artistry and innovation rather than streaming stats or social reach. And you’ll be in great company if you earn a nomination. A very brief list of artists that have sought – and earned IMA recognition include: Fiona Joy, Darrell Scott, Nik West, Lionel Loueke, Macy Gray, and many more.

The deadline to enter The IMAs is December 12, 2019. Winners in 150 Album, EP, Song, Music Video, Producer and Visual Design categories will be announced Summer 2020 at the annual award show in New York City, between performances by IMA nominees.

We look forward to seeing you on the red carpet!