Spotify recently announced that they will be “deepening commitment to emerging artists at all stages of their development” through a new global emerging-artist program, RADAR.

The goal of RADAR is to assist rising artists in getting to the next step of their careers. Through playlist features, marketing campaigns, and overall exposure, Spotify intends to add new talent across the globe to your watch list. With a global launch in over 50 markets, RADAR will distinguish new talent from Spain to Brazil, South Africa to India, and many more territories.

With Spotify’s Spain RADAR program, The Orchard is proud to work with 4 of the 10 selected artists of 2020. The Spanish distributed artists include the likes of: DORA (Dora Records), Guitarricadelafuente (Astrotatan), El Greco (Zamara Music), and Delaporte (GRan Sol / Madmoonmusic). One of RADAR’S first marketing campaigns were graffiti murals across the streets of Madrid featuring the selected artists. Let’s learn a little more about why these artists should be on your list to watch.

Sitting on the current cover of Spotify’s ‘Radar España’ playlist is 15-year-old Spanish artist, DORA. The young artist just released her fourth single “Ojos de Serpiente” : a gorgeous track combining the traditional slow-tempo Latin style of bolero with modern electronic production. The single was entirely written by DORA herself and produced by Pional (The XX, C.Tangana, Empress Of). The official music video was directed by television and film director Paco León (Carmina y amén, La Casa de las Flores) and was the first music project León has directed. DORA recently received over 150k views in less than 24 hours for her performance of “Ojos de Serpiente” on one of the most viewed Spanish TV programs, Operación Triunfo. DORA is already on fire and certainly an artist to keep your eye on — we’re excited that Spotify thinks the same.

Twenty-one year Álvaro Lafuente, AKA Guitarricadelafuente, launched his music career in a very modern way: in his bedroom, sharing videos on Instagram. His artist name even comes from his Instagram handle; “guittarica,” meaning an Aragonese guitar, and “delafuente,” from Álvaro’s last name. While studying architecture and cinema in college, his videos continued to blow up and in 2018 he started releasing music beyond just his Instagram page. Since his first single “Guantanamera” in 2018, the young artist has continued releasing music and reaching new fans every step of the way. It’s impressive the magic that can be created from just an acoustic guitar, stunning vocals, and, well, curly locks! We can’t wait to see how far Guitarricadelafuente will go.

Joining the global phenomenon of Latin trap music is Madrid native Emanuel Losada Muñoz, better known as El Greco. He comes from a bloodline of successful artists; His mother and aunt, Carmela Muñoz and Tina Muñoz, also known as the duo “Las Grecas”, were a successful Flamenco-rock group in the 1970’s. Keeping note of where his musical roots lie, you can see why El Greco chose his artist name as such. At a young age, Emmanuel started singing Flamenco music and by the time he was older, he began combining his love and knowledge of Flamenco with trap and urban flairs. Flamenco-trap? We’re into it.

Sandra Delaporte and Sergio Salvi make up the Spanish and Italian electronic duo, Delaporte. The duo is currently based in Madrid, and their music is influenced by the pair’s strong background in Madrid’s soul, funk, jazz, and R&B scene. According to an interview with Sandra, electronic music  has always been present in Spain, but “not as a genre that stands out from the rest.” They’re one of the first electronic groups to really open the way to the genre in Spain. The group uses Latin American influences and traditional rhythms and styles, such as cumbia in their song “Cariñito”, in combination with modern electronic music.

The Spotify RADAR program is going to be revolutionary in introducing rising artists from all over the world to music listeners who otherwise might not dive into international emerging artists. Check out more distributed artists from The Orchard that were featured in other RADAR programs below! 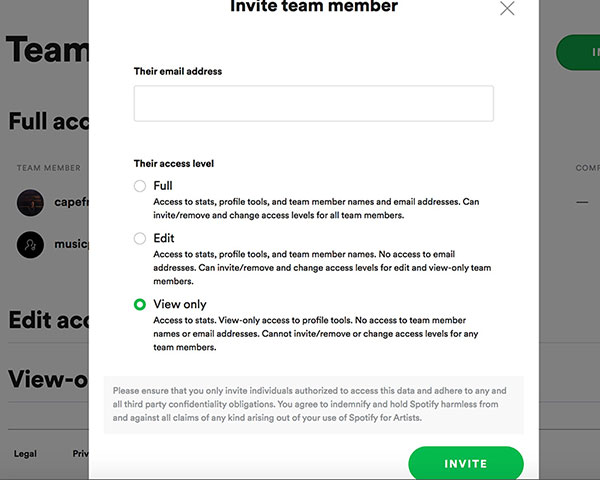 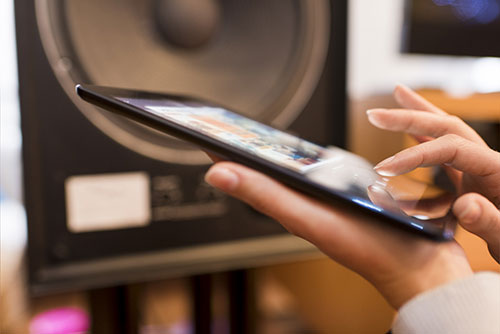 We've received great news from one of our Marketplace partners, Radar. In addition to top-quality music videos, you can now request and commission any kind of visual content for your music campaigns: album art, teasers, web designs -- you name it. With more...