Classical Music Metadata 101: How to Break Down the Most Complex of Metadata 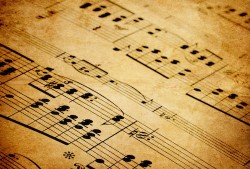 They said to me, “write about anything you like Tom, just keep it light. Mine the veins of your imagination and dredge those grey cells for something enriching and life affirming to impart…” So today, I thought we’d talk about classical music metadata.

Digital service providers (DSPs) have copped a lot of flack for a perceived lack of support for classical music. Some of the criticism has been leveled at the methodologies used to ingest and display classical, which can vary widely from store to store. A universal standard amongst stores for organising classical music would be ideal. However, this is half the problem; for DSPs to ever display classical metadata correctly, they’ll always be reliant on a supply of consistently good metadata.

One solution is to supply classical content in a way that’s homogenous with the way the same content is managed by the digital services that invest the most in it. iTunes, in particular, has an established methodology for classical metadata, which encompasses many millions of albums and tracks. Their conventions therefore heavily influence how we should supply our metadata. Or to put it another way, do as the store demands consistently, or don’t see it on store.

This is a fine approach for the present, but is it future-proof? If or when online stores and streaming providers have the capacity to return more complex classical music queries, we need to ensure the classical content in our system is fit for purpose. This means understanding the standards and following them religiously.

So, what do you need to brush up on? Here are a few tips:

I’ll warn you now. Variations on the following phrase will appear a lot throughout the rest of this post:

“CHECK IT ON IMSLP!”

The iTunes Style Guide tells us, in section 22, to “use the generally accepted, standard and/or legal artist name and spelling, with no abbreviations, commas, or additional information.”

Here are some of the many variations we’ve seen:

With so many options, what do you do? We’d generally recommend utilising the resources listed in the iTunes Style Guide to find the appropriate spelling. So that’s IMSLP, or alternatively, if you’ve got a few shekels to spare, you can also consult Baker’s Biographical Dictionary of Musicians, or The Grove Dictionary of Music and Musicians.

There’s also a handy list of accepted composer names towards the back of the Style Guide: Appendix 1: Standards and Abbreviations, Table 3.

Here’s what the guide reads in regards to Primary Artists, section 23: “All performing artists must be marked as Primary for western classical music albums and ringtones. This includes any soloists, ensembles, accompanists, and conductors.”

Since you’re restricted to 3 primary artists at the album level, iTunes really wants the main performers listed here. So for example:

There’s room in Release Builder to provide some additional classical-specific album-level info that’s not currently ingested by the stores. For instance, orchestras, ensembles and conductors can all be added.

At track level, all performers should be listed. So for instance:

“The album title should include the composers, followed by a colon, followed by the work titles, catalog numbers, or type of works such as Sonatas or Preludes,” we find in the iTunes Style Guide, 25.1. For example:

Note, if an album has an exact title, then that may also be used e.g. I Am The Song: Choral Music by Bernard Hughes.

As for track titles, that’s covered in the iTunes Style Guide, 26.1: “If a track features a movement or selection from a larger work like a symphony or concerto, begin the track title with the name of the larger work.”

So, when we deliver classical content to iTunes they demand:

If you’re uploading an individual album in the Workstation, this process is simplified a little, where separate fields for Work and Movements are provided.

Some background info about catalogue numbers (I know….. the excitement never ceases!): these are numbering systems used to organize a composer’s works. They commonly appear in the form of “opus” numbers, historically assigned by the composers themselves or their publishers. In many cases, the composer might not assign opus numbers or would do so inconsistently (with opus allocation often depending on whether the work was published).

To make sense of a composer’s complete catalogue, scholars established unique conventions to document these works. Usually, these numbers would be abbreviated by the scholar’s name — Köchel for Mozart (K. 550), Deutsch for Schubert (D. 498), Hoboken for Haydn (Hob. XXII:11) — or by a scholarly work — BWV for “Bach-Werke-Verzeichnis” (BWV 565).

You can find some examples of catalogue number abbreviations in the Style Guide under Appendix 1: Standards and Abbreviations, Table 1: Standard Classical Abbreviations. You need to know these! We use the IMSLP website as a point of reference.

With opera track title formatting, there are a couple of things you’ll need to consider:

– Opera Selections: If the track is an isolated selection from an opera recording, the track title should be formatted per the following:

NAME OF THE OPERA (INCLUDING CATALOGUE NUMBER, IF THERE IS ONE) >> COLON >> SPACE >> THE SELECTION TITLE

– Complete Operas: For recordings of a complete opera, you’ll need to include act and scene information after the opera title but before the colon and selection title. One-act operas which are through-composed are excluded from this rule. For example:

As ever, if you’re in any doubt, we’d recommend you consult IMSLP.

Title casing type is generally dependent on the language used. On iTunes, album and track titles should generally adhere to the following casing rules:

There will be instances where multiple languages will feature within an album or track title; tempo markings for instance, are usually Italian. In such cases the same rules apply.

Taking Beethoven’s Symphony No. 6 in F Major, Op. 68 for example, the track titles here are an amalgamation of English, German and Italian:

As always, if you have any questions about something you’ve read here, contact your client manager. That’s what we’re here for. 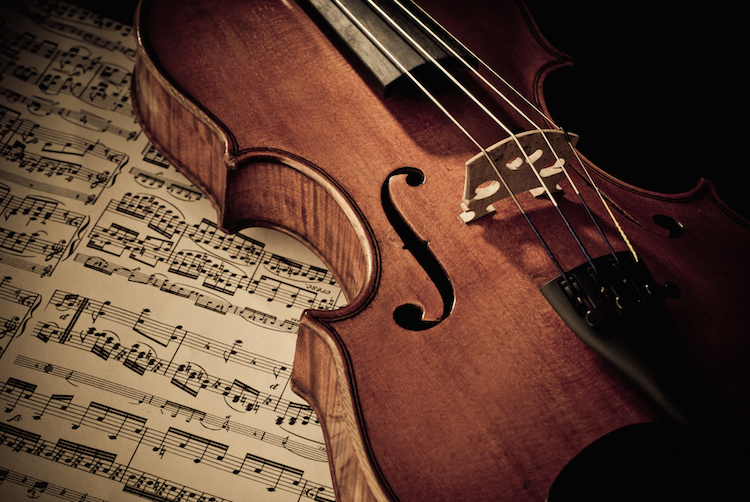 Classical music. “But isn’t it just for old people?” they ask. And when I say “they,” I mean the random people I’ve met throughout my 27 years who can’t fathom that this woman who adamantly learned all the words to Eminem songs in her teens and who can’t si...