Named after a “terrible but genius” joke from Bob Dylan, independent record label Royal Potato Family is celebrating its twelfth year as a company. The New York-based record label was originally founded as a means to release Marco Benevento’s music independently. A little over a decade later, they are a champion for an eclectic roster of independent artists.

We spoke with label founder Kevin Calabro on the origins and mission behind the label, the story behind their quirky name, and the family of artists at Royal Potato Family.

Hi there! Tell us a little bit about yourself and what your role is with Royal Potato Family.

Hard to believe, but I’ve been working with artists and musicians for 25 years now. I founded the Royal Potato Family back in 2009 with Marco Benevento. I oversee everything with the label, from building out the release schedule, to the administrative work involved with setting up releases through our distributor, to marketing, to packing and shipping direct orders. I have a team of amazing freelancers that help me with graphic design, social media, our website, royalty accounting, etc… but everything in the day-to-day lands on my desk. Along with all of that, I do music publicity and artist management.

What is the mission behind Royal Potato Family?

The mission is first and foremost to present music that we love by artists that we feel deserve to have the support of a record label, but otherwise aren’t receiving it. We occupy this weird space that isn’t necessarily genre-specific, but where there is an aesthetic throughline spiritually speaking.

That sounds a little corny, but it’s true: everything we release is indie at its core. Not in the genre sense of that word, but in that the artists are DIY and not chasing trends. They’re following their creative muses wherever they lead and probably paying a price for it in terms of commercial viability. We don’t go out and actively seek new artists to sign. They come to us and if we love the music and feel like we can help reach a bigger audience, we’ll get involved.

“Everything we release is indie at its core. Not in the genre sense of that word, but in that the artists are DIY and not chasing trends.”

Royal Potato Family was first founded as a way to release Marco Benevento’s music. Did the label always imagine they would go on to develop numerous independent artists outside of Benevento?

I started Royal Potato Family in 2009 basically on a whim. Marco Benevento had just completed his second solo album, Me Not Me, and we were trying to figure out the best way to release it. We shopped it around a bit but weren’t finding a label partner who we were excited about. Out of the blue, it dawned on me that I had enough experience to start my own label. I had spent years learning the ropes while working with record producer Joel Dorn at independent labels like 32 Jazz and Hyena Records. So I suggested to Marco that we start our own label to release the record ourselves and he loved the idea.

I called Missi Callazzo who I’d interned with in college and stayed in touch with over the years and she offered distribution through her company MRI. Before I knew it, Royal Potato Family was born.

Initially, there was no long term plan, but Marco’s release led to other artists reaching out and before we knew it, there was a full release schedule from artists like Jacob Fred Jazz Odyssey, Garage A Trois, Mike Dillon, Grayson Capps, Seth Walker, Robert Walter, Allison Miller, decker., Upstate, etc. Twelve years later and we’re in the middle of our biggest year yet!

How has the label evolved over the twelve years since it was founded?

Our evolution has been built on the idea that slow and steady wins the race. Metaphorically speaking, I see RPF as part of the slow cooking, farm-to-table movement, but with music. And through our commitment to that concept, we’ve amassed a loyal following of obsessive music fans who will buy almost everything we put out and trust us to release adventurous, quality music that isn’t so much about what’s popular in the zeitgeist of the charts at the moment, but that is an honest artistic expression. That focus has never changed. So the real evolution has come from the fans and the community of people that continues to grow and surround the label.

We obviously have to ask… where did the name of the label come from? There must be a story behind that.

Right around the time we were starting the label, Marco took myself and our great friend, Karina Mackenzie, out to dinner at Frankie’s in Carroll Gardens, Brooklyn. At one point he said, “you are my Royal Potato Family, thanks so much for helping me with my music.” So of course I was like, “wait, what’s a Royal Potato Family?” At the time, Marco was playing with the drummer Matt Chamberlain in his band and Matt told him this joke that Bob Dylan told him years earlier. Matt had been the drummer for Edie Brickell & The New Bohemians and they were on tour opening for Dylan. Nobody sees Bob backstage the entire tour. And then at the last show, he shows up to catering with his hoodie pulled up over his head, sits down next to Matt, and says, “Wanna hear a joke?” The joke goes:

‘You got a royal potato family.  You got a king potato, a queen potato, and a princess potato.  The princess potato turns 18 and it was time for her to go out and find a man to get married. She went on a date with the first guy and she brought him home.  The king didn’t like him at all.  So, she went out with a bunch of other gentlemen and found another one that she liked. She came home and the king said no, no, no, this guy is a flake – try to find someone else. She went out for the third time. A month later, she finds Dan Rather. She comes back with Dan Rather. She tells the king I want to marry this guy. I’m ready. He is the one. The king says you can’t marry him; he’s just a commentator. We’re the Royal Potato Family.”

As soon as I heard that story, I was like that’s it, that’s the name of the label. It’s a terrible joke, but it’s Bob Dylan telling it, so by default, it’s genius. For better or worse, here we are, the Royal Potato Family.

Tell us about some of the artists on your roster. Who should we be looking out for? Any big releases coming up in 2021 that we should get excited about?!

It’s kind of mind-boggling the incredible scope of music we have on the horizon. So it’s hard to narrow down, but coming up in June we have the second album from Brooklyn band Evolfo who I’d describe as psych-rock, but they write much better songs than what you’d typically find in that niche.

We have a series of four albums by the living legend Steven Bernstein with his bands Millennial Territory Orchestra and The Hot 9. Steven is a trumpeter, but more than that a world-class arranger. He’s worked with everyone from Lou Reed to Levon Helm, Roswell Rudd to Little Feat.

We have a beautiful little EP that Leslie Mendelson recorded during the quarantine called In The Meantime. We have a series of archival releases from the experimental jazz trio Jacob Fred Jazz Odyssey.  Later in the year, we’ll have albums from Stuart Bogie, Scott Metzger, Lureto, Tom Hamilton, and Holly Bowling. And just the other night Marco Benevento told me he’s ready to start mixing his new album.

Lastly, we have Highway Butterfly: The Songs Of Neal Casal coming out this Fall. It will feature 41 artists: Susan Tedeschi and Derek Trucks, Billy Strings, Aaron Lee Tajsen, Warren Haynes, Leslie Mendelson, and Kenny Roby among them. It was produced by Dave Schools and Jim Scott and conceived by Neal’s best friend and manager Gary Waldman. We’ll be releasing it in both 5-LP and 3-CD box set configurations. It’s a labor of love and shines a light on just how incredible Neal’s songwriting was and how timeless his body of work remains. It was an honor to get to work with him in his lifetime and we miss him every day.

What do you look for when signing new artists to the roster?

I need to truly believe in the music way deep down in my core. If I love it, then I’m confident I can work on it and help find a bigger audience for it. I think what sets us apart from a number of contemporary indie labels is that we’re stylistically all over the place; experimental music, artists with one foot in the jam world and another in indie rock, modern jazz, American roots music, dance, and psych rock, ambient. I love it all and want to represent all of it.

How have things been for the label over the pandemic? How have you and your artists pivoted during this time?

The pandemic has actually been an incredible time of growth for RPF. I think with people not going out to shows, they were looking to fill that need for music in their lives and subsequently buying a lot more vinyl. We’ve sold out of first pressings of new records by Garage A Trois, Robert Walter, and Mike Dillon, which has never happened before. I don’t think we pivoted so much as just doubled down on our commitment to the music we love and finding a way to get it out to people.

What’s the best way to keep up with Royal Potato Family updates? 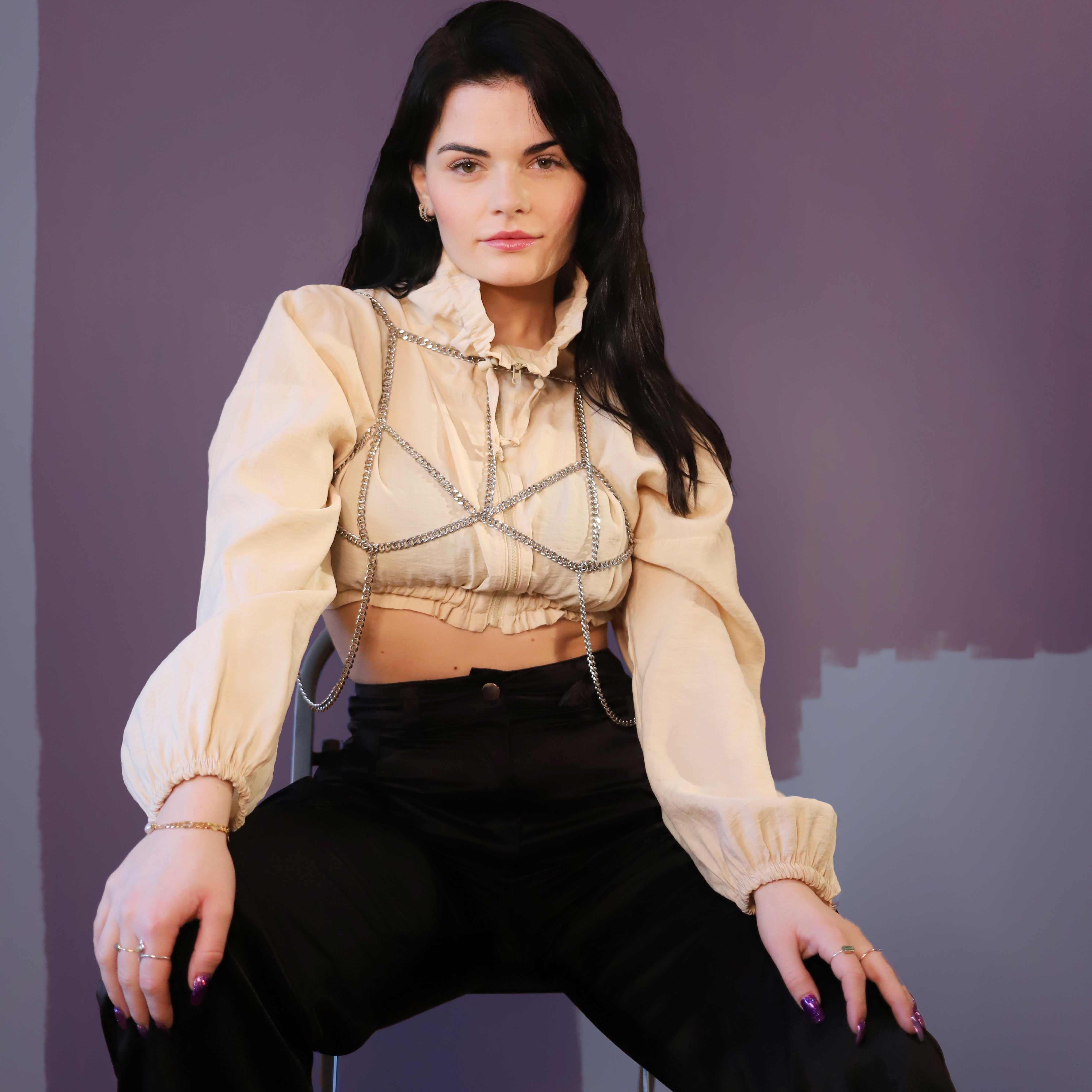 Ulrikke’s powerful and distinct vocals have made her a household name over the last few years. Last year in February she won the Melodi Grand Prix, the National Selection for Eurovision Song Contest with her song “Attention”, co-written together with Kjeti...