The music industry is arguably more global now than ever before. Korean pop acts are selling out stadiums internationally. Latin artists are topping traditionally English-centric charts with Spanish language releases. The next continent to make waves in the global music industry? Africa.

Everyone’s eyes are on Africa for new popular artists. Andrew Paul Nii Amu Darko, otherwise known as Darkovibes, is a Ghanaian singer, songwriter, and style icon coming out of the hotbed of talent in Africa. Over the last couple years we’ve seen Nigerian artists such as Burna Boy and Mr.Eazi break into the global mainstream, and now it’s Ghana’s turn. Ghana is now and Darkovibes is leading the charge. His single “Inna Song (Gin & Lime)” is currently the #1 trending video in Ghana on YouTube and #4 on the Apple Music Ghana Top 100 chart! Darkovibe’s career is taking off, and his solo album debut will only launch him further.

As a multifaceted artist who knows his roots, Darkovibes’ new album Kpanlogo references the old while leading the way in what’s new. We asked Darkovibes to tell us about his debut album and what it means to be an artist from Ghana.

The Orchard: You’re a member of the collective La Même Gang, a group of creatives in the Ghanaian music and art scene. How has being one part of a whole shaped you as an artist?

Darkovibes: Big music makes big waves. “A rising tide lifts all boats.” Throughout history it has always been like this. My brothers, sisters and I will all rise up on the same wave. We are doing this together now as one movement, one energy, one organism. My most exciting people, La Même Gang, R2bees, King Promise, Wizkid, Eazi, Killbeatz: all of us, we move now.

You’ve had success with solo records like “Mercy” and “Tomorrow”, but this is your first solo album. How does it feel doing a big solo project after being part of a group? In what ways is it different?

La Même Gang is not a group, but a collective. Yes, this release is as a solo artist, but as you can see from the amount of collaborations on the album, it is not just me. I am excited as this is my debut tape–a body of work–but I am always in the studio, always working, always recording. This is just the beginning. For me, this album captures the progression I have made over the last few years across a number of things: the youth, the music scene in Ghana, and my international influence. I am a disrupter, but one who references his heritage. This album is eclectic. It blends Ghanaian hip and high life with Afrobeat and I take a lot of influences from Hip Hop, Trap, Rap… it’s all there.

Can you tell us a little bit about your new album, Kpanlogo?

My album title Kpanlogo refers to both the traditional dance of the Ga people and the kpanlogo drum. Kpanlogo dancing and drumming first appeared back in the 60s when the urban youth was rising and people were out on the streets dancing, celebrating, and partying. I chose this album title because it reflects my heritage as a Ghanaian artist, but it also reflects the mode of the album and myself. I reference culture and movement, but with a fresh twist — just like when people started doing this dance. We had Midichi do the artwork, one of the finest Ghanaian painters on the scene right now. Like me, Midichi is doing a lot in pop culture.

We’ve seen Nigerian artists, like Burna Boy and one of your collaborator’s Mr. Eazi, break into the global mainstream. Ghanain music is clearly following this similar trajectory that Nigerian artists did a couple years ago. How does it feel being a part of this forefront for Ghanaian music?

We have been ready for some time with our own wave. We are similar in some regards, but very different in others. What I think people don’t realize is that the Accra and Lagos inspirational exchange has been strong for some time now. We inspire Nigerians and they inspire us. So on a local level, we’ve been working a lot together for some time. Also, like Nigeria, Ghana is a hub: many people travel through here and there are many Ghanaians spread far and wide in the world. We just had The Year of the Return, which reminded the world of how long our history is.

How would you describe the Ghanaian music and art scene?

I would describe it as vibrant, popping, and full of energy. Ghanaians are very happy people; we want to share our happiness with the world. There is so much energy coming through. Raw energy.

You are much more than just a musical artist in many ways, one being you have an incredible fashion style. Where does your style come from and how do you draw inspiration? How do you combine your worlds of fashion and music?

My sense of style comes from my father. But also fashion, like music, is one of the best ways of expressing yourself. Clothes can be armor, they can be art. Clothes are visible things that show the world how you feel that day — just like music. I love drip and have recently done a lot of collaborations. We just did a Darkovibes bomber jacket with Alpha Industries. I picked this company to collaborate with because they do the OG flight military bomber jackets, and I love heritage brands who want to work with me and let me give them a new twist. I would love to work more with Virgil, Louis Vuitton, Kim Jone, Dior, etc. but also love my up-and-coming brands who’ve supported me since the beginning, brands like Daily Paper. I think style comes from also being able to blend “high-end” with “whatever-takes-your-fancy.” Style and fashion isn’t about spending money — it’s about inherent groove with what you’re wearing.

You impressively speak four different languages and incorporate all these languages into your music. How do you think your multiple languages help you connect with others?

Language, with regards to music, is becoming less and less relevant as to what language it’s in. It’s about rhythm and flow. You don’t need to understand perfectly what I am saying –you can feel it, you can move to it. Same thing with the Latin wave that has hit the world so hard. You have people dancing in clubs, rolling their hips to Spanish lyrics without knowing the whole translation. It doesn’t matter — they feel it. The Tower of Babel and all that!

Who are some dream artists you’d like to collaborate with?

Skepta, Lil Uzi Vert, Jay Electronica…. I mean loads of people man, I want to collaborate with everyone.

Born and raised in Paris to Senegalese parents, Khadyak is an artist who reflects on where she’s been, while remaining determined and focused on marching forward. A singer, songwriter, dancer, and choreographer, Khadyak is by definition, a creative. As a p... 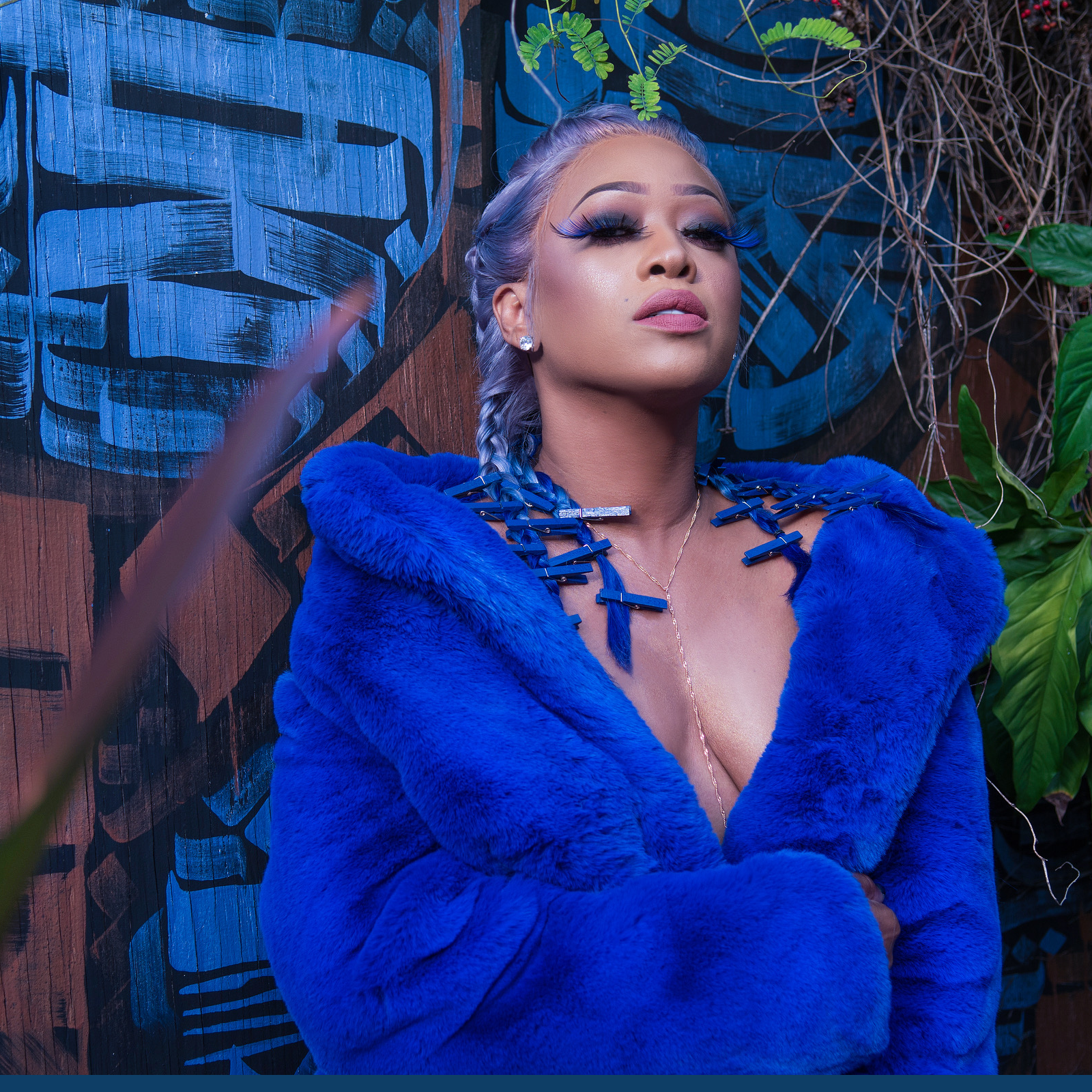