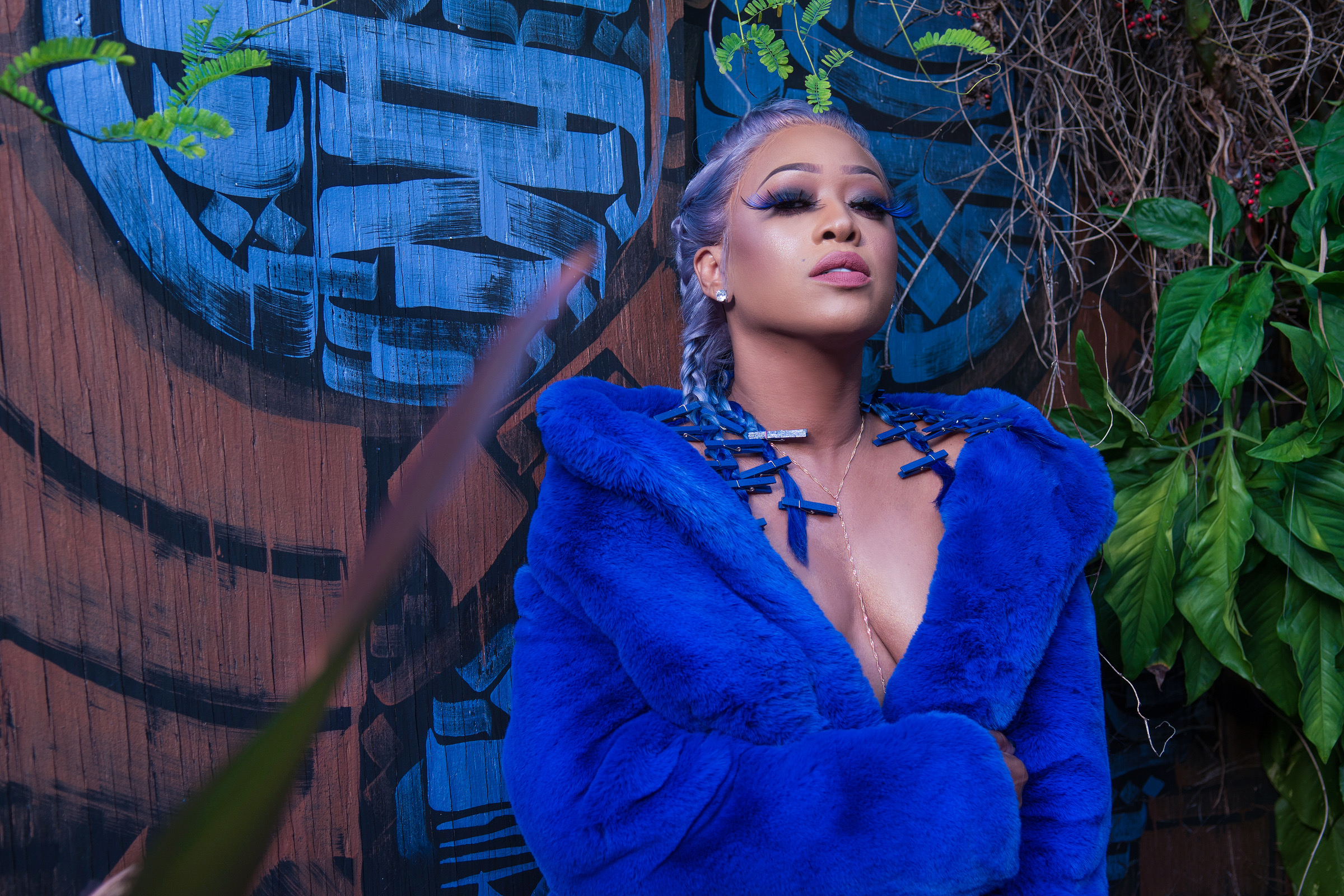 Trina has been in the rap scene for over two decades now, and she is still bringing the fire she brought twenty years ago. The rapper is re-joining a new wave of female artists in today’s hip-hop scene and is all about supporting women in music.

Trina released her single “Real One” in 2019 and is gearing up to re-release her album The One (Rockstarr Music Group), in conjunction with the Love & Hip Hop Miami reunion show.

We had a chance to chat with the Diamond Princess about her journey since her start and what she has planned for 2020.

The Orchard: Tell us about the earlier days starting out in music. In your opinion, how has the industry shifted?

Trina: To me, it’s different now than when I started out. It’s a gift and a curse. For the good, and probably for the not-so-good for most artists that I see complaining when it comes to invasion of privacy and social media networks. You have to use it to your advantage. If you use it just for work and what it is, then that’s what it is. If not, you get caught up in all the extra stuff that goes on with the blogs, including the drama and the negativity.

I think because I came out before all this, we were able to keep our privacy. It was a different mysteriousness about artists. You couldn’t get close to them, you couldn’t find out so much information unless you were in their immediate circle or it was somebody representing them. Now everything is just so out there, so that’s a difference. I’m happy I did come out in that time because this new internet thing would drive me nuts. Sometimes it’s a lot.

The industry is totally different now — when I started out, it was only a handful of female artists. Now there’s like a hundred and fifty female artists and a lot of them aren’t even signed to labels or have a deal, they’re just internet big and that works! Before, that wasn’t an option. I think that’s where the good part comes in because you have a lot of artists that can come up and get their shine whether it’s an internet sensation and you get a deal from it or something else. Back then, you really had to take your CD, take it to the label, be in a whole meeting, perform a couple of songs. You really had to put on in order to secure a deal.

How has your sound changed over the years?

Trina: I think, for me, my sound goes with the mode. It’s a reflection of whatever mood I’m in — it doesn’t really change but it does evolve. The records that I did when I came out with “Nann” are raw and they’re different than now and what I feel now. I’ve been through a lot, did a lot, traveled, seen different things, and with that you grow emotionally and that translates in my music. Now if I don’t like the content of a record or how the record is being structured, I’ll say, “I’m not really feeling this vibe, the beat, the whole thing, so let me just do something else.” For it to work, I have to be in the mood. Whether it’s a happy record, a love record, a bossed-up record, a very provocative one, whatever I’m feeling when I’m in the studio, that’s how it comes out.

What can Trina fans expect from you in the next few months?

Trina: There’s a lot happening! I have a lot of new music coming out. I have artists on my own label. I’m really excited about the upcoming projects I have in the works. It seems like 2020 is already in full speed. I have so much work to do now more than ever because I’m in a different space, I’m in a different situation, and I’m in control of other artists so while there’s more work, it’s all good situations and work I can handle. I’m going on tour soon and continuing to do what I do best

You’ve collaborated with many artists. How do you kick off that collaboration process?

Trina: Creating with an artist is different to creating solo. I start by looking at the artists I like or sometimes I’m scouting new music and new talent. Sometimes I’m like “Who’s this person? I like her. I want her on this record. I like her sound, I want to do a feature with her.” Or sometimes it’s somebody I already know — I’m in the studio, I’ve already created a record and in the midst of creating that record, instantly I put two and two together. “This sounds good for Missy! This sounds good for 2 Chainz!” It kind of goes with the flow. Or I’ll create a record and there’s an open space for a feature and I know I want to put somebody on it so I’m trying to figure out the balance and who would add to it. I find  people that I like and I want to work with, haven’t worked with, or have worked with before and go from there.

What was the inspiration for your new album The One?

Trina: So many inspirations. The album was created in sections, and I worked on it for a while. Putting it together was just following the momentum at the time and creating records with people I know, like calling up 2 Chainz or calling Boosie up, or Plies, or Wayne, or Nicki, whoever in the moment that would match my vibe at the time. My energy was all over the place. It was high, it was low, it was in different spaces because I was dealing with a lot to get the project done. Emotionally, it was all over the place for me. Once it was done, though, I was happy because everybody came through like I wanted them to and that was the biggest part of it.

Who are some of your favorite female rappers right now?

Trina: I listen to City Girls, Kamillion, Rubi Rose, Meg Thee Stallion, Kamaiyah — I listen to a lot of new girls. I listen to a lot of new music, especially when it comes to females. When I hear an artist, who is female, I’m thinking back to when I grew up in Miami and my style and evolution. When I hear somebody new, I associate their style with where they are from. For example, Meg Thee Stallion, she’s from Houston and she fits Houston to me. It made me pay attention to her as an artist, her struggle, her life, how she came into it. I identify City Girls with Miami. That’s like me when I think of them, so it’s a familiar kind of thing. Rubi Rose was a new sound to me. Same thing as Doja Cat. I love her and her style. When I saw her new video, I thought she was super dope. I’m interested in seeing an individual artist’s journey or their wave, what it is that drives them, and learn more about their story. Sometimes when these artists speak you hear my name as an inspiration. I’m enlightened by that. I’m always paying attention.

Do you have any dream collaborations?

Trina: I would love Rihanna. She’s unapologetically raw and real. I could definitely see Rihanna and Trina, it would be spicy. That would be a spicy record.

How would you further define your efforts in being a strong leader, especially as we look at a new wave of artists out there following in your footsteps?

Trina: When it comes to girls and women, it used to be a small group of female artists, a small group of superstar celebrities, opposed to now you have so many different girls. And if you’re not supporting them, people are trying to put you against them which goes back to a drift of no female artists. You want everybody to merge together because it’s a better feel. When I listen to new music, I’m inspired. I like to see that these girls are doing something they are passionate about or that they love or they’ve grown to do.

Back when I started, this wasn’t the dream for everybody because you didn’t have access to get into the record labels like this. You were trying to put in the demo, trying to put in music, trying to get someone to walk you into a label. But now, you don’t even need that because you get on the internet and you put out a record and before you know it, people know who you are.

It’s important to lead by example, to always support, to listen to them, to hear their stories, to see what they’re talking about. Most of them are inspired by me, so when I see them, or I hear their work, I want to know what their turning point was like. I love to see the girls and hear their stories — the funny stuff, the witty stuff, the struggles, the good stuff and the bad. 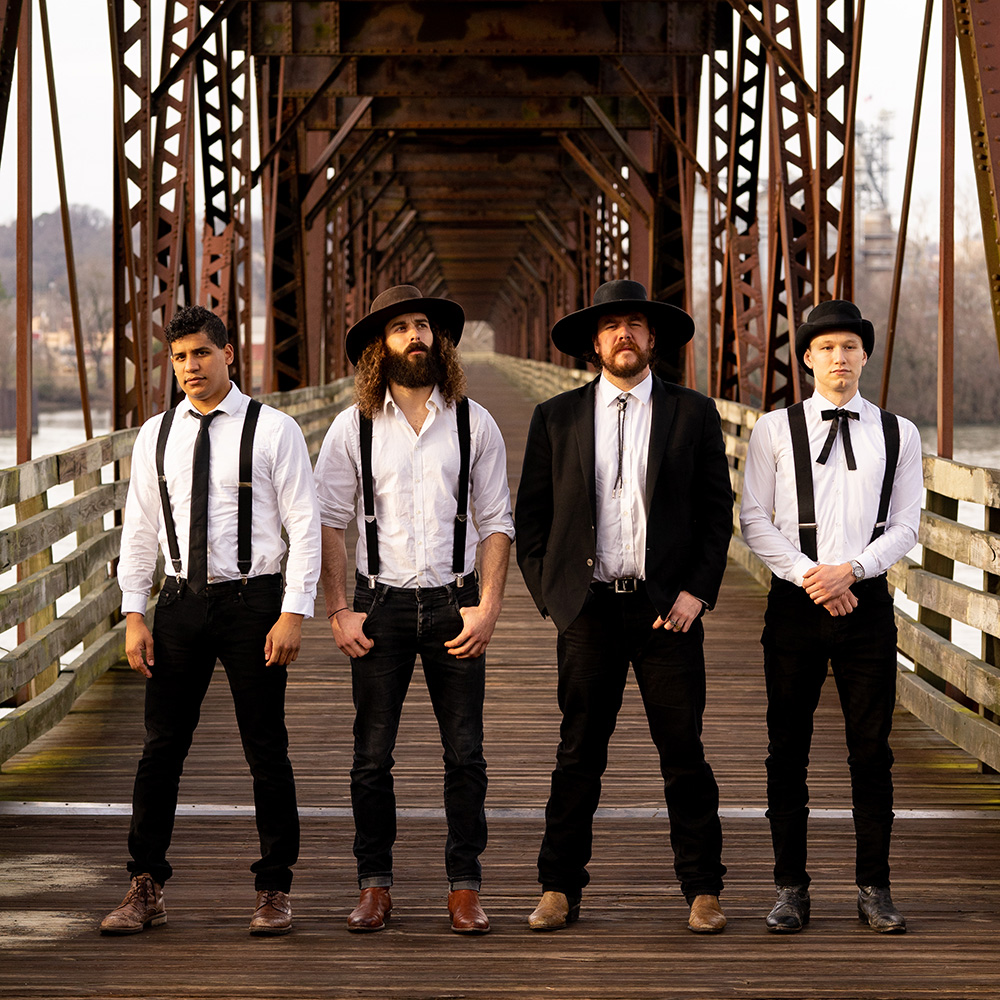 Ten Minutes With The Dead South

Dark humor, tragedy, bluegrass and banjos. If you’re looking for all four, you can only find that combination in one band: The Dead South. The band members, Danny Kenyon, Nate Hilts, Colton Crawford, and Scott Pringle explained their unmatched sound, discu...