Ten Minutes With Blimes and Gab

Blimes and Gab are ready to talk about it with their latest album, you guessed it, Talk About It via B.A.G. Enterprises, Inc. The duo released their 16-track album filled with hooks, catchy beats, skits, and statement lyrics. If you follow Blimes and Gab on social media, it’s quite evident the two are inseparable. As the Recording Academy said, their debut album “encapsulates the mood of a West Coast summer and their warrior-like rise while rolling out head-boppin’ beats that feature funky baselines and ear-catching instrumentals, effortlessly playing off of each other like you and your best friend would.” We spoke to Blimes and Gab about their strengths, comedy’s influence on their music, and the importance of showing up and voting this November (and always).

How did you two originally meet? Was there a moment you both realized you could work well as a duo?

Gab: Well, the condensed version is Blimes came to Seattle, we hung out all day and I showed her around town. Later that night we went to a party where shit got wild, we ended up getting into a fight and had each other’s back, and we’ve been friends ever since. I’d say we pretty much solidified our bond that day, but when “Come Correct” came out the internet pretty much made us a duo, and we knew our bond was strong enough to make it a thing.

What would you say each others’ strengths are? Musically or personally.

Blimes: Gab’s strengths personally are finding the joy and humor in any and everything, best laugh in the game, plays the tough guy to my nice guy and teaches me how to peep things quietly and move on the low. Her musical strengths are vocal control, writes harmonies for days, and fire ass pop culture references in her bars.

Gab: I’d say Blimes’ personal strengths are her organizational skills, her ability to see the good in people, and being hella resilient. There’s a lot of roadblocks and ups and downs in this game (hell, life) and she always bounces back, gotta love that. Her musical strengths are her writing techniques and freestyle skills. She’s also amazing at writing hooks.

Your new album Talk About It came out at the end of June. What does the album title mean to you?

If you’re gonna talk about it, be about it. So we’re putting our money where our mouth is.

What are you most excited about in regards to the new album? How is this different from previous single releases?

We’re most excited about the team that we have in place to push this album forward. We’ve worked incredibly hard to prove we’re worth other people’s invested time, and it’s super fulfilling to experience people having faith in us. The more hands on deck, the further the project will spread.

“Magic” is such a fun song. How do you create your own magic for your own life and world?

We create our own magic by being our own authentic selves, hyping each other up, making each other laugh constantly, and participating in self-love and care, whether that’s a beautiful blunt (Gab), spiritual practices (Blimes), and gaining inspiration from the world around us.

“Feelin It” was recently featured in the highly acclaimed HBO series Insecure! How did you feel when you heard the song on the show for the first time? Were you fans of the show prior?

Blimes has been a long time fan and Gab is just getting hip, but either way we adore Issa Rae and to be on such a culturally important show like Insecure is amazing, we’re hella honored.

Gab, you’ve previously said you’re a huge comedy fan, specifically a fan of Eddie Murphy, Adam Sandler to name a few. How do you incorporate comedy into your music?

Gab: Well, I don’t take many things in life very seriously, so that’s shown in my music. Not to say I don’t have a serious side, because I do, but I definitely can find the comedy in many circumstances. My music pretty much matches my personality.

Outside of “stay true to you, boo” find the funny in everything, speak up for what you believe in and always remember, word is bond.

There is a lot going on in the world. How do you want Talk About It to actually get people to talk about it?

We feel as if the sisterhood represented in our album speaks to the larger message which is to amplify the voices around you that need to be heard, tell your story, and live your truth.

With voting around the corner in the United States, what are some pieces of action you want your fans to take right now?

Take action OFF of social media and into the world where change is the most effective. Change on a macro level starts with micro level changes in our own communities. Get that political literacy up to vote people into power that stand for what you believe in. Make sure you’re registered to vote and do research on voter suppression because it is a real thing. 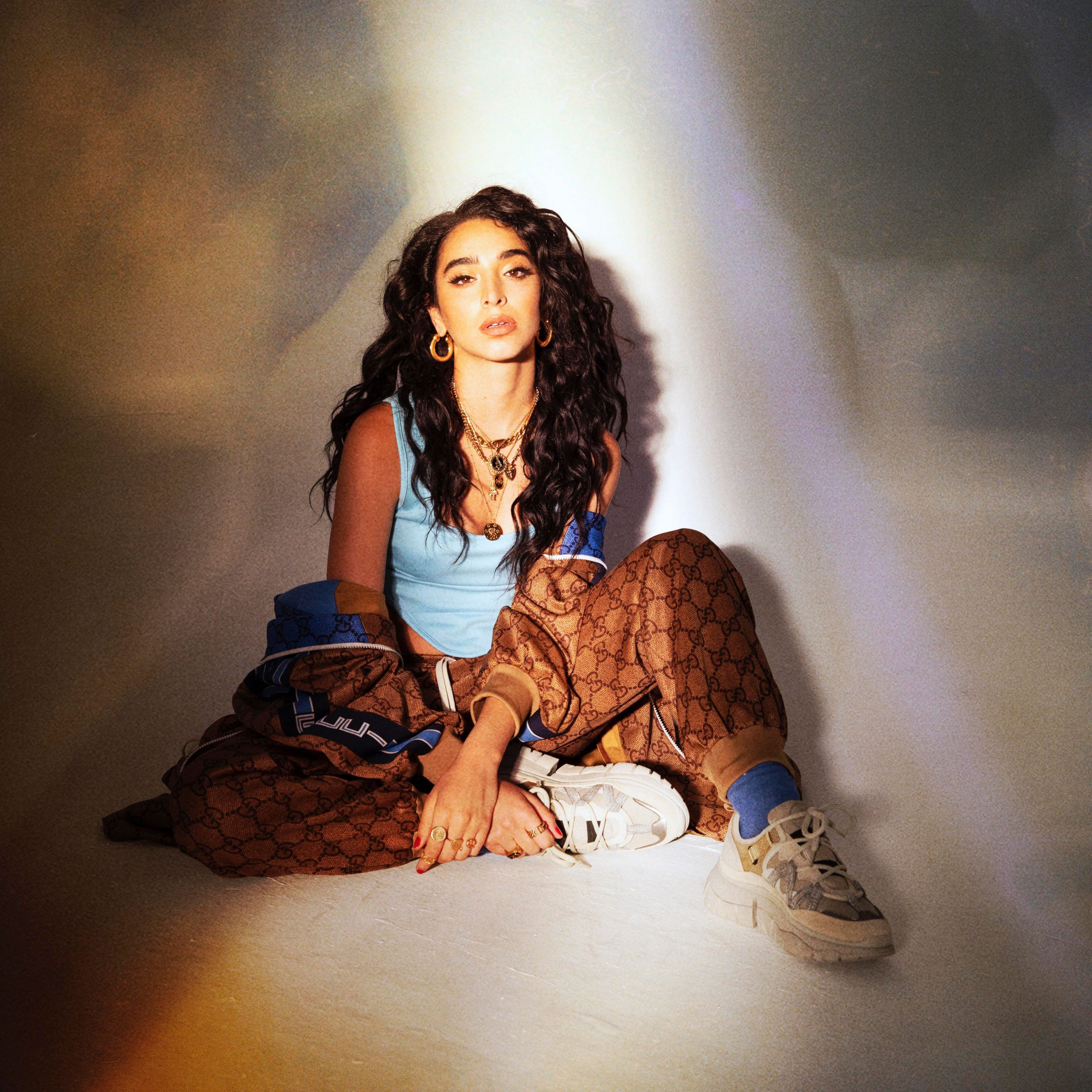 Kara Marni: unapologetic, honest, raw. Just a few words to describe the talented London-based R&B singer whose new single titled “Young Heart” is out now. As the lead up to her brand new EP coming later this year, “Young Heart” is a collaborative track...