Enjoy new and reimagined music from Sharon Van Etten, Wojtek, and Nick Hakim & Roy Nathanson. All out today from your friends at The Orchard.

Ten years ago, Sharon Van Etten released her critically-acclaimed album epic through Ba Da Bing Records. Ba Da Bing was an early home for Sharon; she went from intern, to employee, to signed artist all within the label. To celebrate the tenth anniversary of her momentous album, Sharon Van Etten is releasing a special deluxe anniversary edition called epic Ten via her former label, Ba Da Bing. Van Etten tapped artists and peers such as Fiona Apple, Lucina Williams, Justin Vernon, Courtney Barnett, and more to join her on the special expanded re-issue of epic. epic Ten is a double LP that features the original album, as well as a new album of epic covers and reimagined artwork.

In his new EP Be Conscious, Polish Neoclassical composer Wojtek is challenging his audience to ruminate on how they want to ‘be’ in the world: be conscious, be strong, and be light. In 2020, Wojtek released his album Atmosphere, an album recorded and produced completely carbon neutral. The album was recorded at Baltic Studios in East London, a studio powered by renewable energy. Remaining emissions from composing, mixing, and mastering were compensated among others through the purchase of Renewable Energy Certificates. Be Conscious, as well as more EPs to come in his 2021 series, continues to raise awareness on the planet, but also being conscious of mindfulness and wellness. Be Conscious consists of four tracks, the first two piano reworks. You can hear Wojtek speak on the music industry’s role in the climate crisis during a special panel with Music Declares Emergency and The Orchard on Monday, April 19, at 12PM ET.

Singer and multi-instrumentalist Nick Hakim and multi-reedist Roy Nathanson have joined forces in their new collaborative album, Small Things. The album was produced by and features musicians from Onyx Collective, an NYC-based jazz ensemble founded by Isaiah Barr. Nathanson and Hakim first met at an Onyx Collective concert, where Hakim sang one of Nathanson’s poems. After their initial meeting, the two artists got together and improvised over poems, resulting in the single “Moonman” and “New Guy To Look At.” Small Things is being released via NYXO Records, founded by Isaiah Barr, and in partnership with tmwrk records. 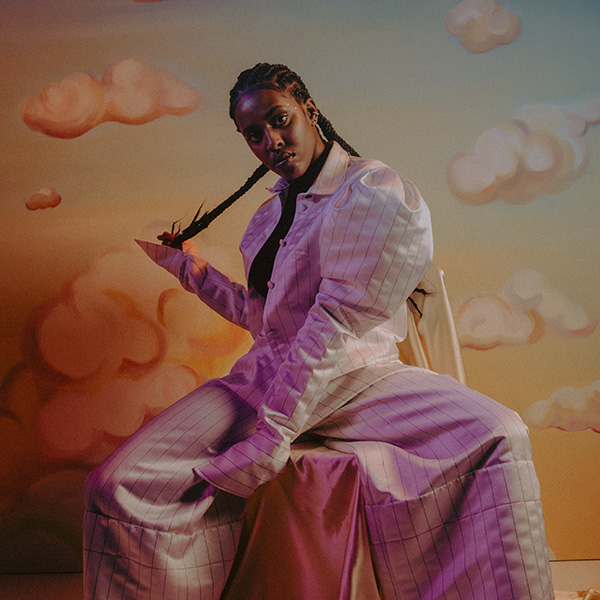 Out Today by The Orchard: Gaidaa, Lupe Fiasco, & Wojtek