Did you know that today, March 29th, is Piano Day? That’s right, the 88th day of the year, representative of the 88 keys on a piano, is recognized annually as Piano Day!

The piano is arguably one of the most versatile instruments used across all genres of music. In honor of both Piano Day and Women’s History Month, we’ve put together a list of eight women, in no particular order, who are well-known for their prowess on the keys. Enjoy a bit of music and maybe even find a new favorite below.

UK-based composer Poppy Ackroyd’s most recent album, Pause, features ten works for solo piano. Written during the pandemic and shortly after the birth of her first child, the title reflects on the feeling that normal life was being put on hold. Poppy said of the album:

“For previous albums, almost as much of the creative process was spent editing and manipulating recordings as it was composing at the piano, however after having my son, I struggled to spend time sat in front of a computer. The only thing I wanted to do while he was still small, if I wasn’t with him, was to play the piano. In fact, much of the album was written with him asleep on me in a sling as I used any quiet moment to compose.

It, therefore, made sense that this album should be a solo piano album. I used extended technique – playing with sounds from inside the instrument – like I do in my multi-tracked recordings, however it was important to me that every track on the album could be entirely performed with just two hands on the piano.”

Poppy is also classically trained on violin and makes her music by manipulating and multi-tracking sound from her two instruments.

Best known for “A Thousand Miles,” Vanessa Carlton broke into the spotlight in 2001 bringing soulful piano tracks to the mainstream. The singer-songwriter is never far from the keys and continues to turn out new music including her latest album Love Is an Art, released in 2020. In her more recent content, Carlton portrays a darker, introspective edge with influences of jazz, rock, and even new age synth. It’s clear her music is her chosen medium of expression.

A classically trained pianist, Belle Chen’s music is a curious blend of classical, avant-garde, world, electronica, and sound art genres. Her approach to music is unpredictable, yet she retains the tonal aesthetic of classical and neo-classical language in midst of textures drawn from experimental, avant-garde, and world.

In 2020, as the world went into lockdown she started her #soundsfromhome project where she asked people to share short recordings of their local area, which she would then improvise around. This project allowed Belle to continue to explore music, albeit in isolation, in a different way. Around the same time, she also launched her Late Night Sessions series on YouTube, which was later released as a series of EPs that captured Belle’s creative response to the specific moments in time during the pandemic.

Born in Detroit, Alice Coltrane was indisputably one of the greatest jazz musicians in history. Her eclectic ability on piano landed her at the forefront of the public imagination in the late 1960s. Also a composer, harpist, organist, and singer, Coltrane melded jazz, classical, and gospel influences and formed her own distinctive style. As a side woman, she accompanied other jazz legends like her then-husband John Coltrane, but her explosive solo career allowed her to express her wide range of talents more fully. Twenty recordings ranging from 1968 to 2004 detail the story of her musical genius, painting the picture of a singular jazz icon.

Regarded as one of the finest interpreters of Classical and Romantic repertoire, Imogen Cooper is internationally renowned for her virtuosity. She has performed with some of the world’s finest symphony orchestras, including the New York Philharmonic, Philadelphia, Boston, Berliner Philharmoniker, Vienna Philharmonic, Royal Concertgebouw, Leipzig Gewandhaus, Budapest Festival, and NHK Symphony Orchestras.

The Imogen Cooper Music Trust was founded in 2015 to offer gifted young musicians the opportunity to spend time undergoing intensive study with personal contact with some of the world’s most distinguished musicians.

Jazz pianist and composer Connie Han is one of her generation’s most promising stars. Singular in her ability to combine fresh musical approaches with technical virtuosity, Han has made an impact on the genre for years to come. Her imminent Mack Avenue release, Iron Starlet, flawlessly showcases her talent on the keys. She draws inspiration from other greats like Hank Jones and Kenny Kirkland, while also infusing her work with complete originality. Hailed one of the “brightest young stars in jazz” by Jazziz Magazine, the Steinway artist shows no signs of stopping anytime soon.

One of the most prolific songwriters of the past two decades, singer-songwriter Ingrid Michaelson is a household name. Her technical prowess on the piano underscores her powerful songwriting, leading to Billboard Hot 100 hits and fan favorites like “Girls Chase Boys” and “Time Machine.” Her first album, released independently in 2006, gave way to a long career that has extended through 2022 and shows no signs of slowing.

Her talent on pop and folk keys is distinct, instantly recognizable in combination with her melodic hooks. With a nine-album discography and a completely singular musical style to her name, Michaelson is an indispensable addition to this list on Piano Day.

Born in Brazil to a Polish mother and a Lithuanian father, Sonia Rubinsky is an award-winning concert pianist. Her accolades include a Latin GRAMMY® Award in 2009. She was nominated for the ICMA Award in 2020, was the winner of the “Best Recital of the Year” by the Association of Art Critics of São Paulo, the William Petschek Award of The Juilliard School, and the First Prize in the International Artists Competition.

We all know the key to Instagram is an engaging composition that tells a story but, beyond the basics, how can we make our content stand out amongst a constantly changing sea of posts? Here are six easy steps within Instagram to instakick any post up a not... 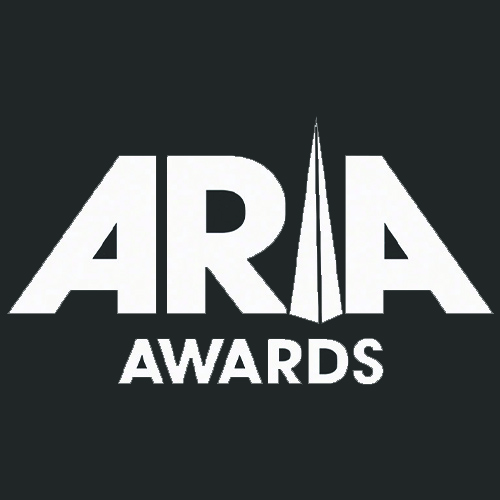 Australia’s biggest night in music, the ARIA Awards, have announced their nominees for the 2021 award ceremony. Congratulations to all of The Orchard’s distributed artists and labels nominees on their recognition this year.   South West Sydney artist B ...