5 Artists You Should Know: Sweden

Located in the Nordic region of Europe, Sweden has contributed an immense amount to the music industry. Sweden has given us Spotify, revolutionizing the streaming business model and creating a dominant new form of music consumption. For decades Sweden has been one of the world’s top exports of pop music, creating superstars such as ABBA, Avicii, Robyn, and many more producers, songwriters, and artists. At one point even The Atlantic asked the question: why is Sweden so good at pop music?

So, we’d like to introduce you to five rising Swedish artists we think you should know.

Stockholm-based songstress Linn Koch-Emmery purchased her first guitar on eBay and began songwriting. She played with a few bands until ultimately realizing that her style was better fit for solo work. “I’ve always been a control freak in music, and always needed to have it my way, and I think my personality and my music are so intertwined, that a solo project was the most natural way for me to make music.”

With relatable and direct lyrics and melodies that sway between playful, raw, and intense, it’s not surprising that Koch-Emmery has been rising up the modern indie-rock scene and turning heads along the way. Her music has garnered national and international radio support from the likes of Swedish radio P3, where she was also chosen as “Artist of the Future.” Linn has gained attention from HYMN, I-D Vice, and Aftonbladet in Sweden, and was also selected by Swedish national morning magazine GP as their #1 Most Interesting Artist To Watch in 2019, as well as being included in national magazine GAFFA and lifestyle magazine Café as an artist to watch for 2019. Linn’s highly-anticipated debut album Being the Girl will be released May 7, 2021.

Pre-save Being the Girl.

Dream-pop trio ViVii – made up of married couple Emil and Caroline Jonsson as well as Anders Eckborn – have been compared to Lana Del Rey, Beach House, ABBA, and Sufjan Stevens. With these comparisons, it made a lot of sense when the group told Ones To Watch that they find inspiration from Fleetwood Mac, Demis Roussos, Dolly Parton, Stephan Bodzin, Sufjan Stevens, and ABBA.

The Uppsala-based group creates dreamlike, luminous, and almost cinematic music with layers of bright synth melodies and wistful vocals. Over the course of their career, the trio has amassed over 15.5 million streams on Spotify alone. In 2019 their debut self-titled album found fans overseas, and they brought Stockholm dream melodies to the states on a U.S. tour. You can listen to their newest single “One Day” – and an accompanying remix and live version – out now via Dumont Dumont.

Born to Persian parents, Gothenburg-born singer-songwriter and producer Shadi G combine elements from traditional Persian music with modern electronic and R&B music, creating a completely unique sound and experience. Shadi G says she finds inspiration from artists such as 6LACK, H.E.R. Snoh Aalegra, Little Simz, and SiR. Growing up, she trained in classical and jazz music and, following high school, moved to London to study electronic production. Come 2016, the artist released her debut single “Lost” and found herself on some of Sweden’s biggest playlists.

Shadi G is expected to drop her debut album later this year. Keep an eye out for more from this R&B songstress, because as Soundlooks Magazine said, “Discussions are quietly surfacing about whether Shadi G may become an important face of contemporary R&B.”

23-year-old Isak Danielson has a voice mature beyond his years. Born and raised in Gothenburg, Danielson began vocal training at a young age while attending the local performing arts middle school. Some years later, and the young man from Gothenburg has found fans across the world, amassing over two million monthly listeners.

Since 2018, Isak has released three full-length albums: 2018’s Yours, 2020’s Remember To Remember Me, and most recently Tomorrow Never Came. Composed of seven songs, Danielson likened Tomorrow Never Came to a journal, capturing moments across his days. While a lighter piece of work compared to his earlier albums that explored overarching themes, across all of Isak’s work you will find honest and emotional lyrics met with a warm, beautiful voice and melodies.

Sarah Klang is a Swedish Grammis Award-winning singer-songwriter who’s gearing up to release her third full-length album Virgo in Spring 2021. Klang’s previous two albums both peaked at No. 1 on the Swedish charts and earned her nominations at nearly every Swedish award show: Grammis, Manifest, P3 Guld, Nordic Music Prize, Musikförläggarnas Pris, and more. Following her sophomore album Creamy, Sarah embarked on a sold-out tour across Sweden, followed by a run in Europe and a 2019 Nordics tour with folk duo First Aid Kit.

Sarah’s music can be described as vintage-pop, with vocal tones and melodies reminiscent of music decades before her time. Her recent song “Love So Cruel” is the fifth single from Virgo, a melancholic track that once again showcases Klang’s incredible vocals. 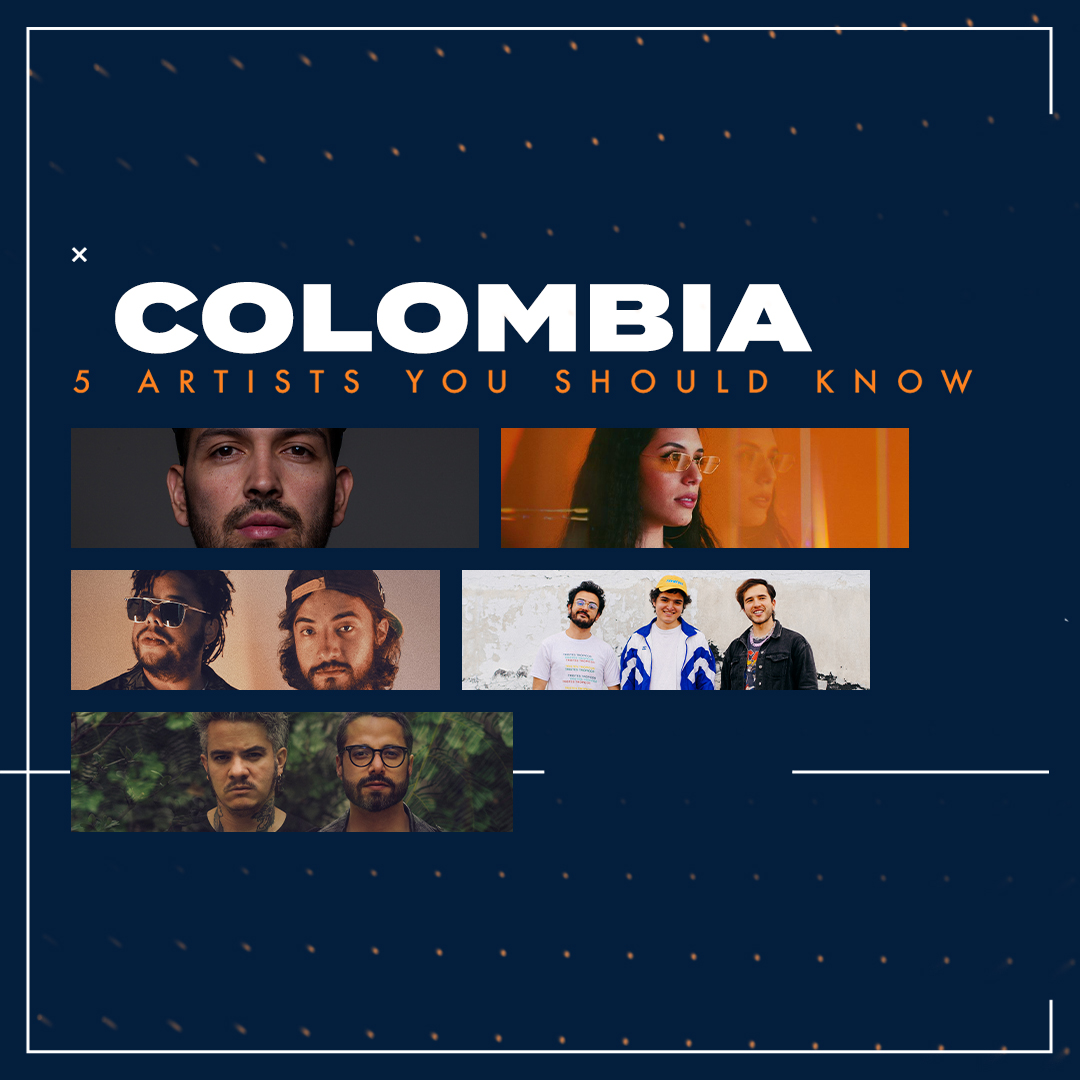 5 Artists You Should Know: Colombia

The Orchard’s distributed artists and labels are from all over the world and showcase music’s breadth, depth, and diversity. In our series 5 Artists You Should Know, we highlight some of the talented artists our teams work with who come from various pocket... 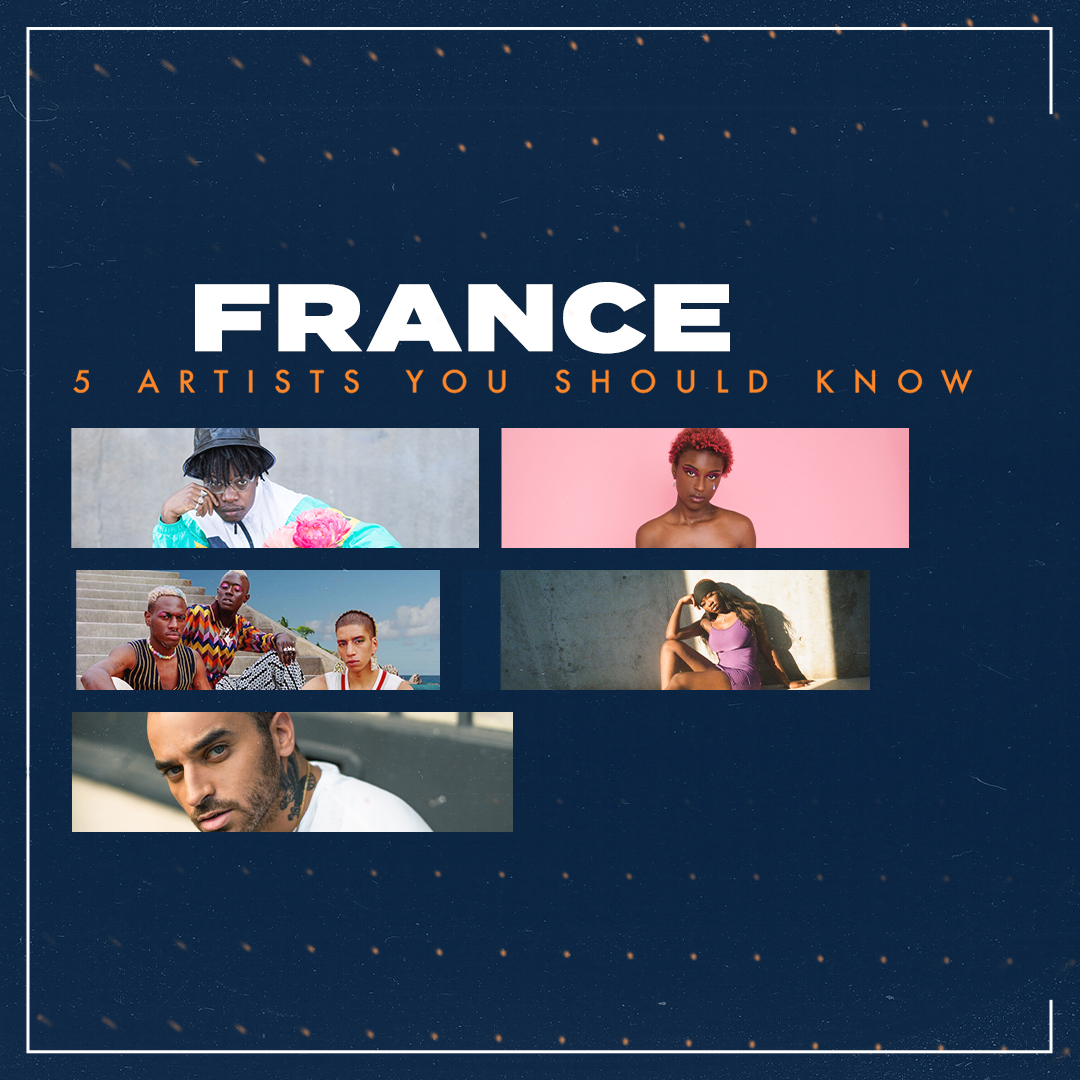 5 Artists You Should Know: France

France’s Hip-Hop scene has been robust since the 1990’s. In fact, France is the second largest producer of Hip-Hop music in the world, second only to the genre’s birth country The United States. While many of the huge international Rap and Hip-Hop stars pe...