Out Today by The Orchard: Soccer Mommy, Camp Cope & More 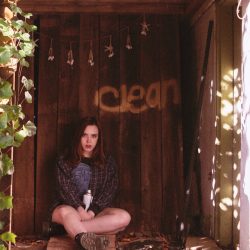 Whether you’re looking for new entertainment post Winter Olympics or you’re motivated to walk home rather than taking an Uber after watching those incredibly talented athletes, The Orchard comes to the rescue once again! This week’s releases range from strong women of the indie rock scene to heavyweights of metal, all out today.

Soccer Mommy‘s story is one that will inspire you to listen to your heart and not be afraid to speak up. Sophie was sure that she wanted to become a musician at the age of six, but never got the courage to tell anyone thinking “it would be too big of a deal.” Dating a guy in a punk band in high school, she had spent time in the Nashville rock scene, yet kept her own creations to herself until she moved to New York for college. Thinking back, she reveals her insecurities were due to male dominance, speaking to Fader “It was the little things — not being asked to jam, or not being considered for this new band. Sometimes you have to say, ‘Hey, I’m here and I do this. Check my shit out.'” Now being an ambitious player of the New York indie music scene, Soccer Mommy releases her debut full length album Clean via Fat Possum. Clean is built around the self-discovery of Sophie, through growth, isolation and change. She explains “The more you accept, the more you comes out.” On top of her impressive singing and songwriting skills, Sophie plays guitar and bass on the album as well. The 20-year-olds album is produced by Gabe Wax (War On Drugs, Deerhunter, Beirut) and mixed by Ali Chant (Perfume Genius, PJ Harvey). Check out Sophie’s attitude towards oppressive men in the music video “Your Dog” below and access the full album here.

The Melbourne based alternative rock trio Camp Cope’s sophomore album How To Socialize & Make Friends is out now via Poison City Records. Camp Cope has proven themselves since the beginning of their career with their self-titled debut in 2016, winning Faster Louder’s “Album of the Year” and Music Victoria Awards “Best Emerging Act” awards alongside being critically acclaimed by major media outlets such as Pitchfork and Rolling Stone. The looping bass riffs and laid back drum beats lay an enduring foundation for Maq’s poignant voice while she sings about difficult encounters. How To Socialize & Make Friends was written in several months and recorded in only two days . The album makes a powerful entrance with “The Opener” which talks about misogyny in the music industry. Watch Camp Cope perform “The Opener” at Sydney Opera House below, and access their new album here.

In most cases, split albums are made in collaboration with artists who are in the same genre, but we all know that Relapse Records does not like to be “ordinary,” so they have served us a surprising combination. Split by Iron Reagan & Gatecreeper achieves to please both crossover trash and death metal fans, and ultimately leaves the fans wanting to dig deeper into these artists’ past works. Split kicks in with 5 tracks from Virginia’s crossover trash band Iron Reagan, furious and loud speed metal; an ultimate burst of energy resonating through the syncopated and hard-hitting drums. Sonoran death-metallers Gatecreeper (best known for their 2016 release Sonoran Deprivation) take over at the sixth track to reveal their old-school death metal chops for a brief but heavy 8 minutes. Split feels like a well-played match between these two one-of-a-kind extreme metal bands, keeping you on the edge throughout the album. Get yourself warmed up below before going for the full madness here.