Out Today by The Orchard: Kygo: Live, The Rifles & More 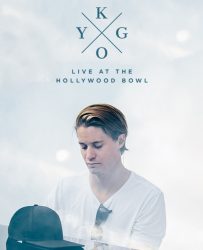 Grab your ugly holiday sweaters and lend an ear because we’ve got some tunes and videos to make your obligatory festivities an even better. With a documentary for a worldwide dance music sensation, a Brit-rock album full of hits and a thoughtful film on the uphill battle in a rocky neighborhood, we’ve got something for you no matter what your plans entail. Catch all three, Out Today.

Want to host your own dance party right in your living room with superstar Kygo?! Well, he’s probably not available… but you can pull up Kygo: Live at The Hollywood Bowl. Learn about the incredible musician’s path to fame as you follow him behind the scenes of his enormous performance at the iconic venue. Norwegian, Kyrre Gørvell-Dahll now known as Kygo, discusses how his dreams became reality and plays some of his classic radio hits. Enjoy the doc available here from Ultra Music.

Cooking Vinyl indie rock team The Rifles, gather their greatest singles from the years to compile an album aptly named, Singles Collection. Out today, the release is packed with fan favorites like “She’s Got Standards,” “Sweetest Thing,” “Great Escape” and more, all remastered at the world-famous Abbey Road Studios. With comparable influences including The Kooks and The Strokes, the London natives pack a rowdy garage rock sound that is unique and beloved. Listen to “She’s Got Standards” below and find the full album of gems here.

The new film out now on iTunes, For Ahkeem follows the coming of age story of Daje, a teen in North St. Louis Missouri, just a year before the fatal shooting in Ferguson. After being expelled for fighting, Daje is placed in a court-supervised high school rather than a juvenile detention center. While she tries to focus on school, Daje is surrounded by crime, death and even love as she navigates her hard surroundings. The documentary directed by Jeremy S. Levine and Landon Van Soest is highly rated with a wild 93% right now on Rotten Tomatoes. The visual quality and highly important context make this film a must-watch. Find it For Ahkeem here and see the trailer below.