Out Today by The Orchard: Moelogo, Carrie Pilby & More 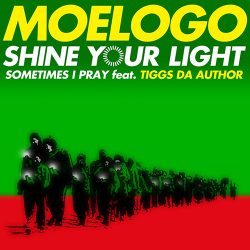 Happy Friday to everyone out there! Before you take off for the weekend let’s take a moment to bask in the great music and films that have shined this week. From Africa to the big apple, we’ve got something new for you.

You might have caught his set this year at SXSW but keep your eyes and ear available because Moelogo is just getting started. Whether you are in the mood to dance, chill or reflect, Moelogo brings the vibes with his smooth afro-pop beats. This week both “Shine Your Light” and “Sometimes I Pray” premiered on The Line Of Best Fit. Featuring Tiggs Da Author, “Sometimes I Pray” is guaranteed to be your go-to song of the summer.  Moelogo’s music radiates positivity with catchy hooks and a R&B twist that leave you craving more. Take a listen below.

A story about a young quirky female struggling with social skills in a big city? Talk about relatable. Nevertheless, Carrie Pilby takes socially awkward to new heights in the dram-com staring Bel Powley, Nathan Lane and Vanessa Bayer. Carrie, portrayed by Powley, is a shockingly young college graduate who values books more than relationships. A class-A shut-in, Pilby is tasked by her therapist (Nathan Lane) to challenge herself in ways many find second nature. Take a peak at the trailer and catch Carrie Pilby in select theaters, tonight!

Last but certainly not least, the group we have all come to adore, Diet Cig has premiered their full album a whole week early. The wait is over, but was well worth it. Only on NPR until their official release April 7th, Swear I’m Good At This paints the mural of our generation struggling with relationships and self-awareness. The fun and angsty album contrasts defiant lyrics with happy-go-lucky sounds that flip your attitude from angry to ambitious. Swear I’m Good At This impacts at a perfect time in our society when inspiration is key. Check it out here:

Take a peak at some other sounds and films out this week:

Avatarium: “Into The Fire / Into The Storm” lyric video via Devils Gate Media
Hurricanes and Halos out May 26th on Nuclear Blast

Lola Coca: Meet Lola Coca article via Paper
The Only Child out today via Mirrorball Entertainment

Ren Thomas: “Gutterball” video premiere via HipHopDX
I Been Nice out now via Sense Starr Music

Sulene: Strange EP track by track review via The Line Of Best Fit
Strange out today via Sleep Well Records