Out Today By The Orchard: Mick Jenkins, Say Lou Lou, And More 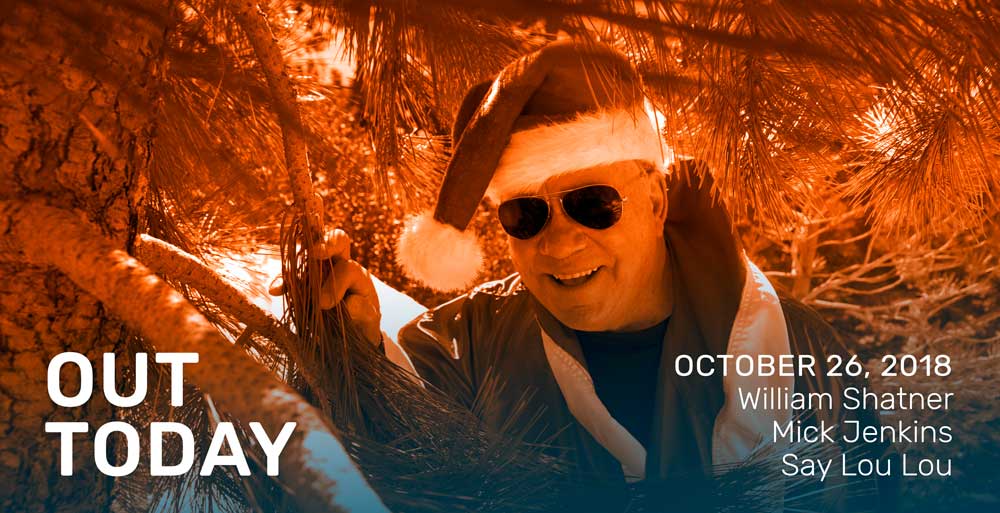 The best Out Today editions are truly when we’ve got a wide array of releases — when no two releases are alike. And while they usually all have their own unique style, this week we’ve got a trio that’s sure to appeal to varied listeners far and wide. From holiday-ready early birds already pouring eggnog to replace their pumpkin spice lattes, to those who need some inspiration to free from boundaries and expectations, let’s all ease into another weekend with poet Mick Jenkins, William “Shatner Clause” Shatner, and pop duo Say Lou Lou.

According to Hot New Hip Hop, Atlanta-born Chicago-raised lyricist Mick Jenkins is “bringing forth an abstract and occasionally comical perspective to the fold” with his new album Pieces of a Man from Cinematic Music Group. His singles leading up to the anticipated release include “Understood” followed by “Barcelona,” which was recently featured on Pitchfork’s 5 Best New Rap Songs. While the first two tracks deliver lyrical storytelling to the captivated listener, his third single “Padded Locks” shares two bars with Ghostface Killah on a hot track produced by Kaytranada. Following the success of his first mixtape, Mick was deemed “an essential in the mixtape cannon,” making an immediate musical impact in Chicago’s hip hop and rap community, infusing jazz-influenced vibes with infectious production. Make room for Mick. He’s ready to get back into the spotlight.

From the godfather of dramatic musical interpretations and a legend of stage and screen (can you spell Star Trek?), William Shatner via Cleopatra Records brings his first ever Christmas album Shatner Claus – The Christmas Album to a holiday stocking near you. Whether it’s singing about a “Blue Christmas” with Brad Paisley or crooning “Silent Night” with Iggy Pop, the album rolls out a William Shatner-esque list of featured guests, including Henry Rollins, Billy Gibbons, Judy Collins, Rick Wakeman, Todd Rundgren, Joe Louis Walker, and Ian Anderson. While it’s not his first musical rodeo, having released Why Not Me? with Alabama’s Jeff Cook in August, he’s primarily recognized for acting…and taking the crown for 20 years as a Priceline pitchman. But don’t underestimate his musical talents…he’s collaborated with a long list of hard rock musical talent and turns out he actually took singing lessons when he was younger.

Welcome to the world, Immortelle (Cosmos). The brainchild of Swedish-Australian twins and musical duo Say Lou Lou (Miran and Elektra Kilbey), sophomore album Immortelle is a sensual collection of “twisted waltz to retro-futurist disco,” described by NME. A result of their renaissance year, a chapter of time they dedicated to re-centering and resetting their creativity in Los Angeles, their follow up to 2015’s debut Lucid Dreaming reflects what the two always wanted to do with their music — combining chords, musicality, and string samples from old Hollywood film scores. Their follow up single “Golden Child” was created, according to Say Lou, “as an ode to our younger sisters, and to our younger selves in a way — explaining how tricky and confusing cultural/patriarchal structures can be in your self-discovery — so contradictory and hard to navigate.” Let your horses run wild, they sing soft like velvet. So take those shoes off, run through a grass field barefoot, or simply light that sandalwood candle and sink into a cushioned couch, as you unravel the female psyche with Say Lou Lou’s dreamy, groovy electronic, vintage release.

That’s a wrap, folks! Have a favorite? Tweet at us and let us know which Out Today release you’ve got on repeat today.