Out Today by The Orchard: Matt Costa, Iration & More 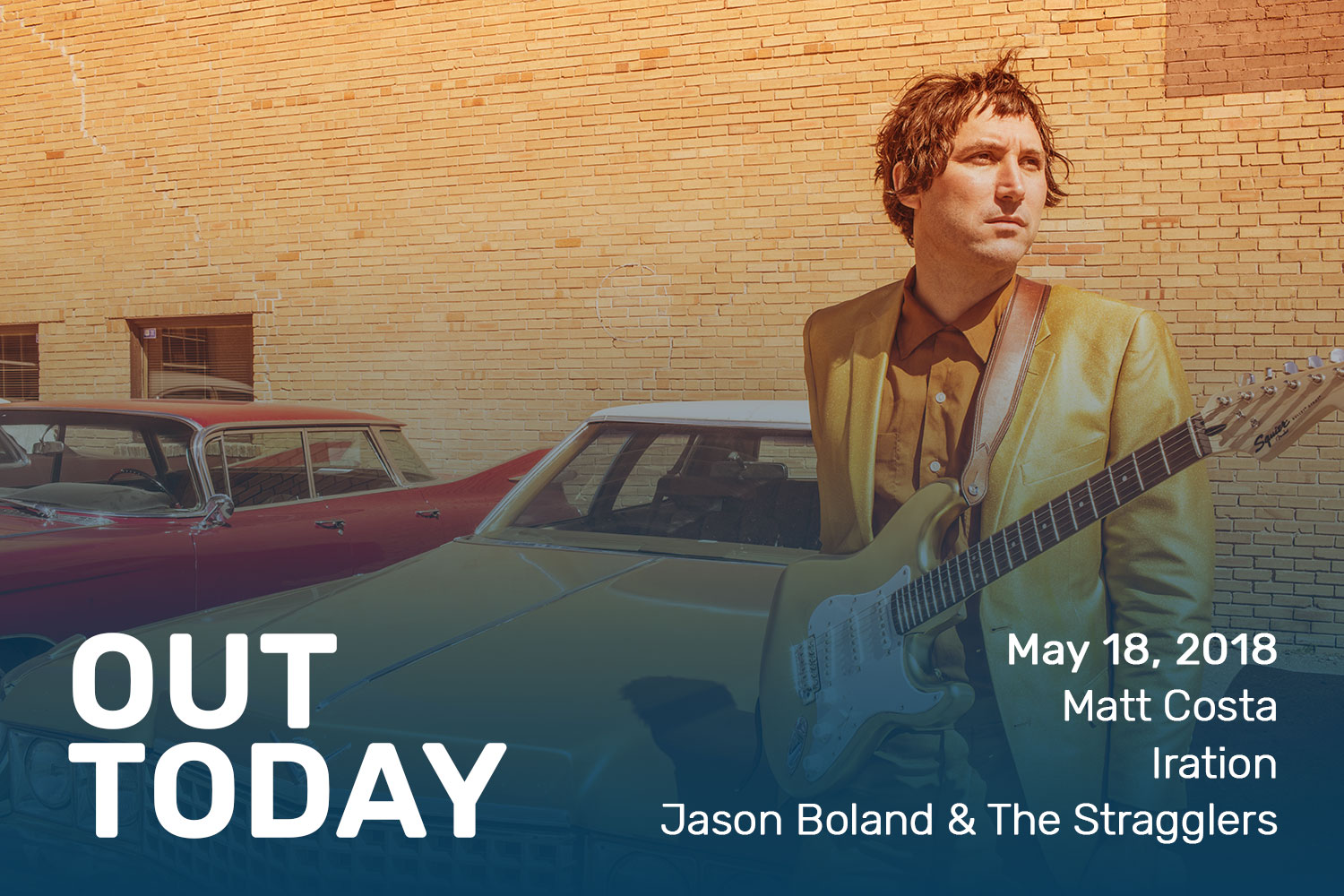 Hi there, it’s Friday, and you know what that means – new music! Whether you are celebrating National Bike to Work Day, National Pizza Party Day or National Visit Your Relatives Day, we have some great tracks that will get you pumped. Enjoy another week of great new albums distributed by The Orchard including funky upbeat alt-rock from Matt Costa, chill reggae vibes of Iration and sweet country bliss from Jason Boland & The Stranglers. So sit back, and let the music take you away.

First up, we have Matt Costa’s new album Santa Rosa Fangs via Dangerbird Records. It’s been a minute (a.k.a five years) since Matt Costa has released an album but it’s well worth the wait. Co-produced by Peter Matthew Bauer of The Walkmen and Nick Stumpf of French Kicks, this 12-track set is a conceptual work about three siblings and how they deal with life, love and death. Costa’s inspiration for this album came in part from his personal experience growing up in California. By design, Costa crafted a more stripped down album compared to his 2013 self-tilted release. He explains in an interview with Billboard  how “It’s easy to put a bunch of ideas onto something and really do some elaborate production. There’s some of that here and there on this record, but for the most part it’s designed to be played as a four-or-five piece band and be delivered in its full impact.” So be sure to listen to one of the most ambitious projects Costa has released. Get more info and a taste of the album directly from Matt, below.

There’s a theme going on here because the next release is from a reggae group also from California. Today Iration releases their self-tilted album Iration via Three Prong Records. The band channeled their influences and explored different styles and sounds to bring you what they are calling “the definitive sound of Iration.” This album was 2-years in the making and consist of 17 (yea you read it right 17) tracks. Iration features appearances by Slightly Stooped, J Boog and Tyron’s Jacket on their focus track “Danger.” Their previous four albums No Time for Rest, Time Bomb, Automatic and Hotting Up got great feedback, topping the Billboard Reggae Albums chart. We won’t be surprised if this album does the same, as these reggae rockers are onto something. Get a glimpse of the album below and go listen to the album now. Want the full experience? Starting today, they are touring with Dirty Heads, The Movement and Pacific Dub. Don’t miss the chance to see them live.

Now, let’s travel east of California and make our way to Oklahoma. Red Dirt country heroes Jason Boland & The Stragglers return with their ninth album Hard Times Are Relative via Proud Souls Entertainment, co-produced by the band, David Percefull and Adam Odor. Bolands vocals have a beautiful tone and just the right amount of southern twang. The lead single “I Don’t Deserve You,” features a collaboration with Sunny Sweeney and premiered on Rolling Stone. Their previous LP Squelch, debuted in 2015 and reached #11 on the Billboard Top Country Albums charts. 2018 is a big year for this group, as they celebrate their 20th anniversary as a band. So get your fix’n of great country music by these “Oklahoma honky tonkers.” Take a listen to their title track Hard Times are Relative, below.

That’s it for this week’s Out Today but we’ll be back next Friday with more great music. Happy listening!