Out Today by The Orchard: Dr. Dog, Hawthorne Heights & More 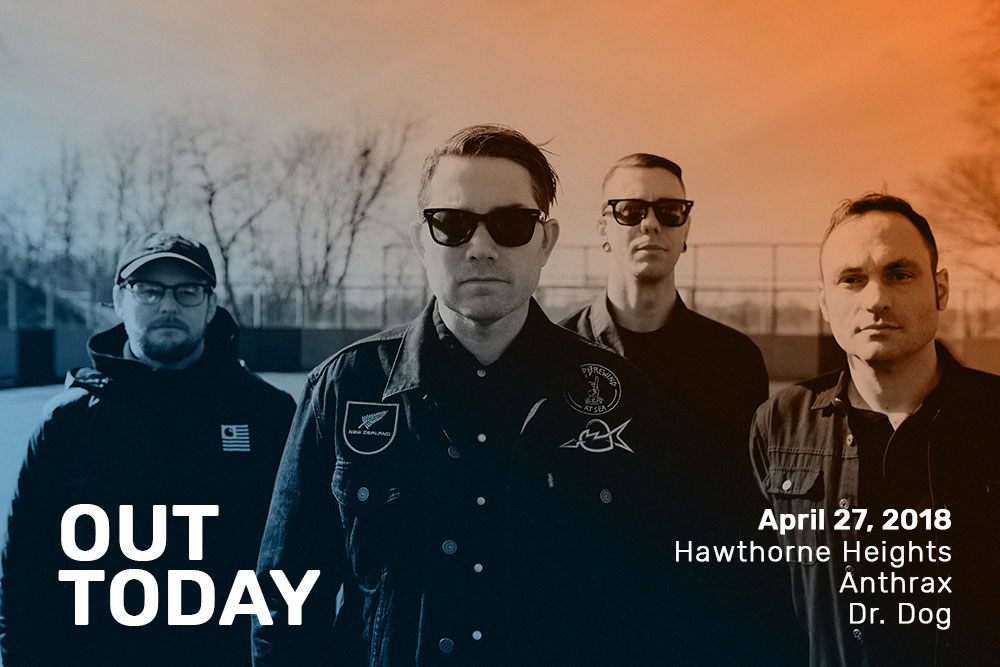 The last Friday of April is one of the best as we approach the start of summer with blooming buds and rising temperatures. The sound of music is in the air as we begin to spend our days at outdoor festivals, beaches and parks. Before you order your iced lattes and start making plans for the upcoming season, we have three releases that will kick off your weekend on a high note. Take a listen to Dr. Dog’s psychedelic tunes, Hawthorne Heights’s long awaited new release and Anthrax’s live concert DVD, all out today!

Philadelphia-based psychedelic rock band Dr. Dog has released their 10th LP Critical Equation via We Buy Gold Records/Thirty Tigers. Their first full length work in five years, the band emphasizes that the creation process came naturally after touring and making records their whole adult lives, and it was time to step back and discover making tunes that they were passionate about. Critical Equation is also the first album the band has worked on with an outside producer. Guy Seyffert, known for his work with Bedouine and Michael Kiwanuka, elevated and polished Dr. Dog’s sound, and as a result we are gifted with the bands most mature work ever. Dr. Dog has always been known for their aggrieved and emotional lyrics over up beat tunes and their Paste Studio NYC performance below crawls through your mind just the same way. Warm up with the video below and get the full album here.

Hawthorne Heights broke their silence with Bad Frequencies — their first full length since 2013. While it is fair to say that they’ve remained silent concerning new music, the same can’t be said for their tour presence. The Ohio natives played 170 shows in 2017. Bad Frequencies was constructed in the course of the same year. The band explains that, between shows, this was the longest time they spent to produce an album. The new record is also worth celebrating because it is the first Hawthorne Heights is release under Pure Noise Records. The band states: “We had been doing it ourselves for a few years, and while we love having all that freedom, we really thought that this was a great album to dive back into the label atmosphere. We’ve followed Pure Noise for years, and have always been impressed with how they release records, and the bands they choose to sign.” Check out the video for “Just Another Ghost” below and access the album here.

Last but not least, Anthrax releases their highly anticipated live in concert DVD Kings Among Scotland via Megaforce. Remunerating their name, Anthrax spreads their infectious live performance at Glasgow’s legendary venue Barrowland in this DVD – featuring interviews and behind the scenes footage. The concert is presented in two sections: First comes the favorite tracks that were voted on by the fans including classics like “Madhouse,” “A.I.R” and “Breathing Lightning.” The second part kicks the excitement into full gear with stage production while the band performs their legendary 1987 album Among the Living. Get a sneak peek of this performance below and order this feast for your eyes and ears here.

That’s all for today, keep your ears open for new music and we hope to see you again next week!