Out Today by The Orchard: Cloakroom, Curious George & More 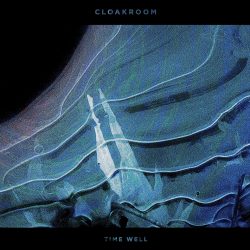 Music and the arts often have the powerful ability to transcend differences and bring people together through sound and spirit. Throughout the decades creative mediums have been a constant connection, worldwide and it remains that way today. This week we hope that you can find joy in your favorite music or movie, whether that be a release we feature this week or a personal long-time favorite. Let your tunes radiate positive energy. With that being said, this week The Orchard has a little bit of everything from an album listeners can get lost in to a heavy pounding deathcore project. But first, we have a deep dive look at one of our favorite childhood characters.

The little money who got us curious is back with a new story. This tale of the rascally monkey named Curious George takes viewers behind the scenes and on an intercontinental journey following the footsteps of his creators Hanz and Margret Rey. The rather unknown trek that these two took to get their creature transposed from ideas to children’s stories comes to life in this documentary feature. Check out the trailer below and get the full feature here.

Desolate sounds, massive amounts of reverb and the longing for times forgotten, Time Well, the latest album from shoegaze band Cloakroom, is an ode to all things beautiful but lost. The midwest band has found success in their woeful yet powerful signature sound and return with their second studio album as they channel their interest for the etherial and supernatural into melodic tracks. The band brings together murmuring lyrics with heavy guitar and drum instrumentation to take the listener on a sonically introspective journey. Time Well is the perfect album to get lost in as the lyrics and melodies dive through space and time. Take a listen to the 4th song of the project “Gone But Not Entirely,” below.

Wrapping up this weeks releases is one of the heaviest projects to come out of world renowned label Nuclear Blast, Thy Art Is Murder‘s new album Dear Desolation. Known for being the epitome of brutal sounds, death-core encapsulates this new project pushing the insanity meter to its peak as guttural vocals, heavy shredding and primal drum patterns drop song after song. Described as a “deathcore enthusiast’s wet dream” by Metal Injection, this album brings out the wildest of Thy Art Is Murder and marks their return since the release of their last project two years back. You can listen to the utterly savage opening track “Slaves Beyond Death” below and get the full length here.