Out Today by The Orchard: Adriel Favela, Nothing & More 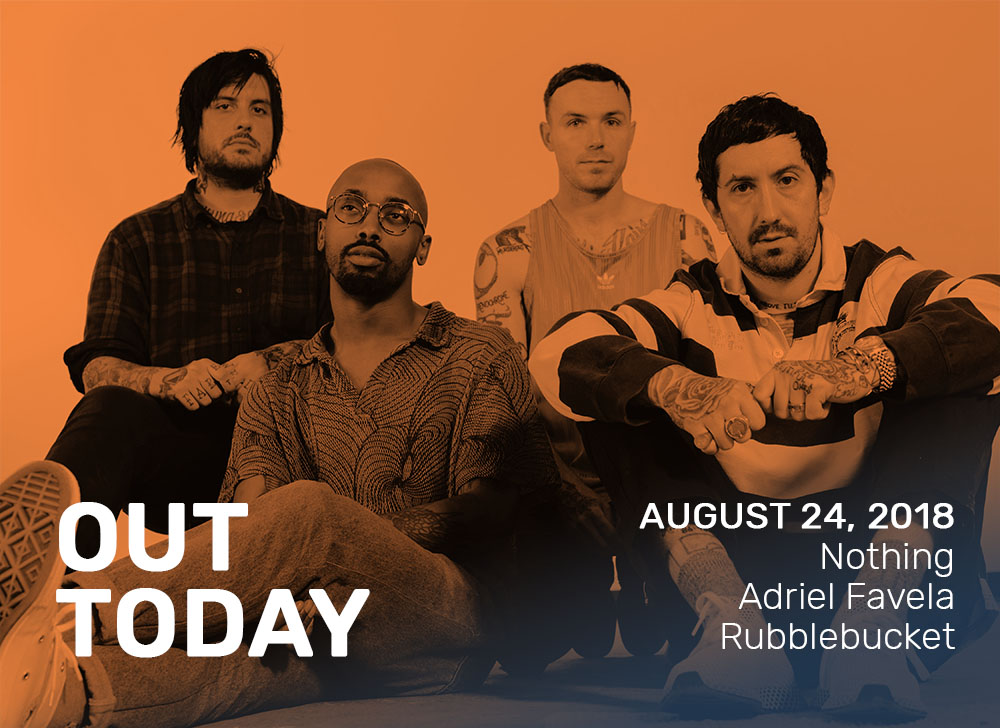 Hi there and welcome to another week of great releases distributed by The Orchard. This is an exciting week as we share a big Latin release, a dark shoegaze album and an artistic alternative duo sure to have you bopping along to their beat. Keep reading to learn more about what you should be listening to on this wonderful Friday.

A true musician, Adriel Favela is a singer, composer and master of many instruments. Adriel wrote his first song at the age of 15 and has not stopped creating ever since. His new album, Señalado por Costumbre is now available via Gerencia 360 and features classical guitar, guitarrón, accordion, horns, drums and just about every instrument native to Adriel’s home country. Born in San Francisco, California, Favela was raised in Sonora, Mexico where he achieved widespread success very early in his career. And now, his music videos like the one below, earn millions and millions of views. No stranger to the charts, Adriel has also earned nominations in 2017 for iHeart Radio Music Awards “Best New Regional Mexican Artist” and  Billboard Latin Music Awards “Artist of the Year Soloist, Regional Mexican” among others.  Listen to Adriel Favela’s new album here and get lost in his captivating stories, below.

Crawl into your favorite hole with Nothing‘s brand new album Dance On The Blacktop. Sulky relatable tunes will have you reflecting on some of the darker and painful corners of life. With songs like “Zero Day” and “I Hate the Flowers” you may be able to get a slight picture of where Nothing is headed with this Relapse Records release. Lead singer Domenic Palermno tells Kerrang, “I’ve laid awake countless nights contemplating human life, its hostile uselessness, and why I’m one of the few who choose to see it that way yet manage to move onward.” Plagued with a message of loss and discomfort, explore the intense creativity with Dance on The Blacktop.

Brilliantly awkward, Rubblebucket delivers a tasty new treat titled Sun Machine, out now via Grand Jury Music. The indie pop duo is comprised of Kalmia Traver and Alex Toth who were an item 11 years until recently. After a rollercoaster of battles including a cancer diagnosis and alcoholism, the pair called it quits but are still in love with making great music. Travers tells Paste that, “being able to keep that friendship allowed us to keep the musical aspect of our relationship intact, and that was always the most fun part any way.” Their album Sun Machine dives into much of their heartache but you can hardly tell from the sound of it. The upbeat, horns and contagious rhythms shed a positive light on hard times. Feel the freedom by listening to the new album, out now.

That’s all for today folks! Whether you’re feeling dark, happy or looking to dance, we’re sure to have new music to take you there.