Out Today by The Orchard: Tora, Suffocation & More 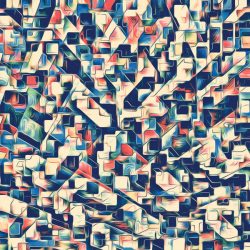 It’s Friday, and that means two things. First, it means that you’ve survived the week. Second, it means that we’ve got some awesome new releases to help you celebrate. Buckle your seatbelt, because this week we’re taking you on an emotional roller coaster to meet all your weekend needs: from some mellow electronic tunes, to some ruthless death metal, all the way to a shocking horror comedy. Everyone ready? Let’s get started.

If you’re looking for some chill, summer vibes, look no further than Tora’s debut album Take a Rest, brought to you by Lustre. The Australian group incorporates the natural into their soulful electronic feel, using organic sounds like creaking bamboo and recording much of the album outside (keep your ears peeled for the sound of a cacti being hit with rakes, because it’s in there!). Designed to be a peaceful getaway, this album is the ultimate summer soundtrack. Check out this live outdoor recording of “Amsterdam,” then kick back, relax, and Take a Rest.

Death metal veterans Suffocation released their newest album …Of the Dark Light via Nuclear Blast Records. and they are as brutal as ever. Their tenth studio release stays true to the signature Suffocation style, with cutting-edge instrumentation and astonishingly tight tempo changes that keep you on your toes, but after four years of work, the legendary death metal machine is better than ever.  Raw talent aside, the impressive cohesiveness between tracks proves that …Of The Dark Light sets a whole new standard. Get a taste below, then get the whole thing here.

The Hangover meets Frankenstein in our shocking horror comedy Patchwork, directed/co-written/edited by Tyler MacIntire.  A fresh take on a classic thriller, the film gives you a glimpse into the monster’s mind – well, minds. After an especially big night out, three strangers, awake to discover that they’ve been stitched together into one gruesome creature (played by Tory Stolper). The three minds now trapped in one body go on a bloody rampage for revenge intercut with sitcom-esque humor as they try to figure out what happened to them. Though not for the faint of heart, Patchwork is a wild ride with unexpected humor and inevitable shock factor. Watch the trailer below before getting the film here.