Out Today by The Orchard: Lupe Fiasco, Macy Gray & More 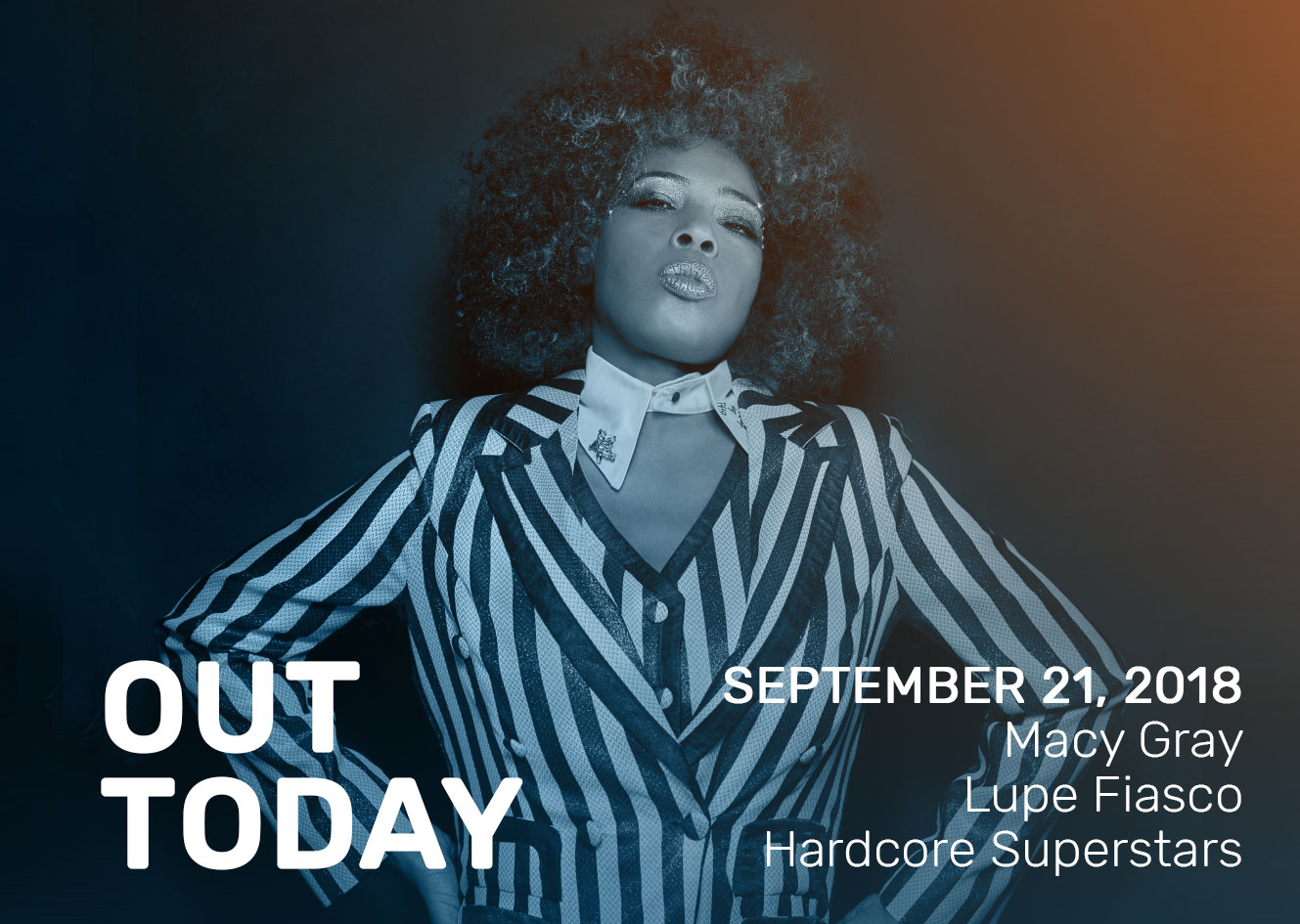 Leaves may be starting to fall, but great music is arising this week. Check out our new releases that will put you in the perfect mood to stroll down the color changing streets. We’ve got sultry jazz pop from your favorite 90’s goddess, Nordic rock metal fusion, and a rapper who is boldly back on scene, all with new albums Out Today.

Macy Gray’s album Ruby makes its way to your headphones today courtesy of Artistry Records. Known for her distinctive and sultry voice, Ruby is Gray’s tenth studio album and incorporates a fun and bubbly backdrop for her heart-wrenching songs, presenting a dynamic new edge. With catchy choruses, it’s clear the “I Try” singer has found her footing without losing her original flavor. “Sugar Daddy,” continues to draw on that uplifting theme with a fun piano melody paired with trap influences. Gray discusses the track with Rolling Stone stating, “I love this song, I loved making it…I believe it’s going to be the song of the summer.” The title of the album is derived from Macy’s favorite color, which coincides with the artists favor for her latest album. Each track provides its own satisfying appeal with quick rhythms that keep you bouncing to the beat. Tap along to “Sugar Daddy” below and listen to the full album now.

Lupe Fiasco is back in action and making waves (pun intended) with his new album, Drogas Wave via 1st and 15th Productions. This release is a sequel to Drogas Light which premiered in 2017.  Lupe has spurred a lot of buzz this week after his album release date got pushed up last minute inspiring some excitement across his (low-key) fans such as Chance The Rapper. Lupe has also sparked conversation by calling out Eminem and Joe Budden on social media, claiming he could “destroy them all” in a rap battle. With 24 tracks on this massive album including features from Damian Marley, Nikki Jean, Lupe takes listeners on a ride, telling a story with each track acting as a chapter. Catch the rapper on tour, listen to the new album and get in the mindset with this hype-worthy throwback below.

Hailing out of Sweden, Hardcore Superstars’ newest album, You Can’t Kill My Rock ‘n Roll  via Gain Records stylistically fuses metal and rock n roll influences from across the spectrum. Blabbermouth.net states, “…each song stands on its own as well as complementing the album as a whole, taking the listener through a rollercoaster of snarling riffs, heavy bass lines and relentlessly driving drums, all of which are intertwined with enslaving melodies and Jocke Berg’s unmistakeable vocals.” The title track is a perfect sampling of the album — a true anthem of and love story between an artist and the genre of rock. An ode to rebellion and staying true to yourself, check out the music video below. You can catch these Hardcore Superstars touring in Finland and Sweden for the remainder of the year and enjoy the album, out now.

Have a great Friday and a wonderful weekend with a new and vibrant soundtrack.