Out Today by The Orchard: The Dears, All Those Sleepless Nights, & More 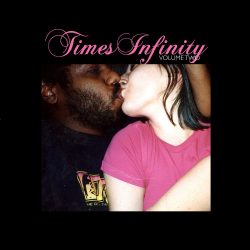 Happy Friday everyone! Now that we’re about midway through summer, it gets harder and harder to fight off summer slump. The obvious solution is to spice up your summer with a fun trip, but that’s easier said than done. Maybe you’re running low on vacation days, or maybe it’s too late to plan a weekend away. If that’s the case, have no fear! This week’s releases will bring you all the travel you need, from some Canadian indie rock, to a portrait of life in Poland, all the way back to 1999.

This week, The Dears release Times Infinity Volume Two, the highly-anticipated second installment of their two-part release, through Dangerbird Records. Though all of Times Infinity was written and recorded at once, Volume Two shows a progression from the tone of the first portion. The Canadian indie rock group maintains their signature orchestral pop noir sound, but the songs reflect a loss of innocence and optimism from the first album. The married duo and frontmen Murray Lightburn and Natalia Yanchak are disarmingly earnest, examining themselves with smoldering honesty as they explore new ideas and sounds throughout their expansive anthems. Although we’re yet to get a video for any new tracks, get a taste of their sound from Times Infinity Volume One track “To Hold and Have” below before diving into Volume Two here.

An enthralling depiction of young twenty-somethings emerging into adulthood, All These Sleepless Nights is a category all its own as it blurs the line between fiction and documentary. Earning director Michal Marczak an award at Sundance Film Festival, the breathtaking film follows two classmates, Krzysztof and Michal, more or less playing themselves as they strive to fully experience their lives in Warsaw, Poland through endless nights of sex, drugs, and music. Untethered to responsibility, the two exemplify the rush that comes from the frenzied uncertainty of youth, and All These Sleepless Nights beautifully summons the feeling of carefree youthfulness through their experiences. Watch the trailer below, and get the full film here.

For a blast from the classic rock past, check out the digital debut of Live at the Greek, featuring Led Zeppelin guitarist Jimmy Page and multi-platinum rockers The Black Crowes. The two-volume live album comes from a 1999 concert when the rock powerhouses decided to team up and make history. Though Page and The Crowes come from different generations of rock, Live at the Greek brings out the best in both of them, showing off their versatility as they jam to both Zeppelin classics and Black Crowes blues-rock favorites. Basically, this album is the stuff of legend. Check out a clip of the Jimmy and The Black Crowes playing at Jones beach below before heading back to the 90’s with the full release here.