Out Today by The Orchard: Fickle Friends, Jazz at Lincoln Center Orchestra, & Bikoko

There is no doubt the entire world has been living through “weird” times. In their highly anticipated new EP Weird Years (Season 1), UK-based alt-pop quartet Fickle Friends wanted to create a project that felt like “a musical version of flipping through a diary.” In times of chaos and uncertainty, Fickle Friends turned towards creativity and songwriting, not only with themselves as a band, but also connecting outwards with other artists and fans. “We started the creative collaborations by commissioning art for each single from Season 1 and then opened it up to everyone else,” the band says, “it’s been growing and we are starting to see more and more work and it’s truly inspiring.” With ‘Season 1’ in the EP title, we can’t help but hope to see more projects – “seasons” – following this weird year.

The world renown Jazz at Lincoln Center Orchestra, led by acclaimed trumpeter and composer Wynton Marsalis, presents a new album written by Marsalis himself: The Democracy! Suite. Written during a time when America finds itself at a crossroads, The Democracy! Suite, though entirely instrumental, speaks volumes. “The question that confronts us right now as a nation is, ‘Do we want to find a better way?'” Marsalis says. The music of The Democracy! Suite urges the listener to take action, encouraging us to get out of our seats and fight for the world we believe in. Pieces such as “Out Amongst the People (For J Bat)” and “Be Present” are an impassioned reflection of turbulent times that find peerless musicians working as a harmonious community, urging us to reflect on the past and reconsider the future.

Born and raised in Barcelona, Bikoko always had a close relationship with the music world and felt as though the way she was raised, always being surrounded by music, subconsciously prepared her for her professional journey today. The 19-year-old artist releases her first EP Aura Aura – a six-track release with each song representing a part of the day and what it means for her. The title of the EP comes from the Bassa saying “Aura Aura,” which is an expression used to draw attention at the beginning of a story. Bikoko’s sound draws influences from R&B and Neo-Soul artists, such as Erykah Badu and D’Angelo, and Tanzanian chants and West African rhythms. Listen to Aura Aura out now via CuteMobb. 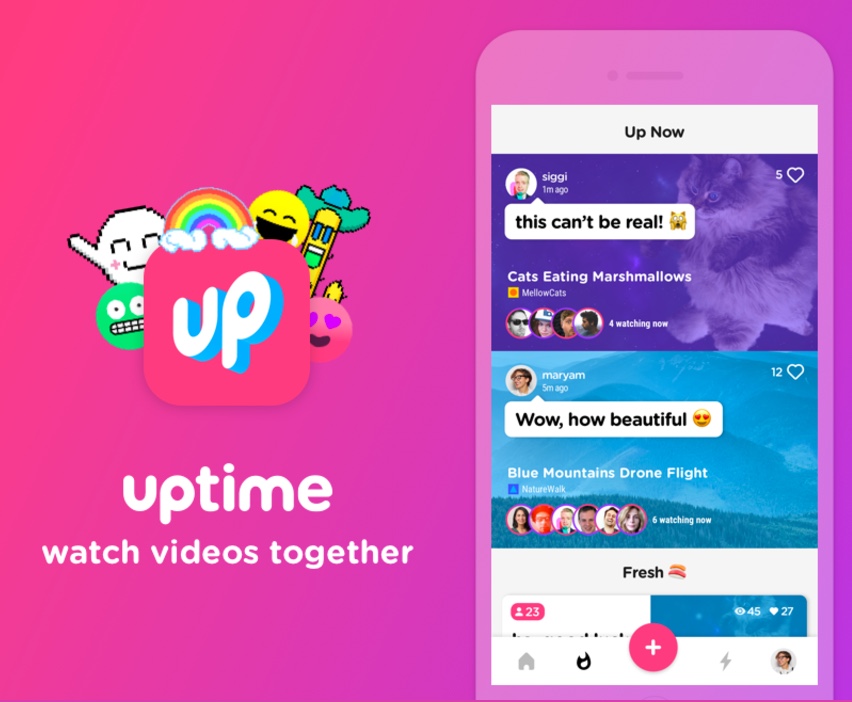 Google has recently launched Uptime, a new mobile app that has got the video world talking. Uptime takes YouTube to new social heights, encouraging users to watch videos with friends and simultaneously add comments and chat alongside these videos in real...