In 2001, in a guest bedroom in Nashville, David Macias and Deb Markland founded a business to help emerging artists and teams with sales and marketing solutions. Twenty years and a handful of Grammy Award-winning artists and releases later, Thirty Tigers continues this mission, becoming one of the leading independent entertainment companies in Nashville and beyond.

Thirty Tigers is home to some of the biggest Americana, Country, and Folk acts out there, such as Jason Isbell and The 400 Unit, Alanis Morisette, Michael Franti and Spearhead, Amanda Shires, and the late John Prine. In honor of their 20th anniversary, we spoke with Grammy-nominated producer and founder of Thirty Tigers David Macias on the origin of the company and some of their proudest moments of the past twenty years.

Tell us a little bit about yourself and what your role is at Thirty Tigers.

I’m a huge music fan and was lucky enough to get a job at a record store when I was 15. It set the course of my life, and I’m still selling records 40 years later! My main role in the company is to attract and retain artists and, along with Nancy Quinn, run the general operations of the company.

What is the origin of the company? When was it founded and what was the mission behind it?

The business started in 2001 when Deb Markland and I decided to start a company that could help artists and executives that were starting their own companies have an outsourced sales and marketing solution, which would help them be more economically viable than hiring seasoned people to work just one or two records. We got hired by a lot of people, and in 2002, we negotiated a distribution deal with RED, which transitioned into The Orchard, so that we could offer all of our clients top shelf distribution. We’ve basically been doing this ever since!

Is there a story behind the name “Thirty Tigers”?

We used to be called Emergent Music Marketing, but we ran into a trademark issue and had to change our name. I was working on a business plan for a woman who was trying to get a Dr. Seuss themed opera off the ground, so I was immersed in all things Seuss at the time of the trademark issue. Dr. Seuss has a book called I Can Lick Thirty Tigers Today, and I thought Thirty Tigers might make a good name, because it sounds mysterious and powerful. I asked the older people in the office, and they hated the name, but the younger people in the office loved it. I went downstairs to Grimeys and asked them what they thought, they loved it, so we went with it.

Interesting that one name I was seriously considering at the time was Maggamusic – “magga” being the path to the cessation of pain in the Buddhist tradition. There were some potential trademark issues with that name because of a company called Mag A Music, who had a packaging solution for magazines that wanted to put CDs in said magazines. THANK GOD that we did not name our company Maggamusic!

Thirty Tigers is an all-encompassing entertainment company. What is the structure of Thirty Tigers? Can you tell us about the various services Thirty Tigers offers to their artists and labels?

The core business is our label services business, and we do all the things that a traditional label would do, save inhouse PR and sync placement. We don’t offer our services in an a la carte fashion; we either do everything we do, or we don’t do it. We have some other things that were involved in, most notably being an active partner in a commercial country label called Triple Tigers.

How has the company evolved since its founding? In what ways have you adapted to the fast-evolving music industry over the years?

Honestly, one of the things that I think has helped us has been our relationship with The Orchard and Sony Music. You guys have been the ones to vet prospective relationships with new vendors and keep up with the accounting and legalities. You allow us to focus on finding and marketing great music, and I don’t really feel like we have to keep our eyes focused on the future in terms of changes to the business environment, as interested in it as we are.

Tell us about some of the artists that make up the Thirty Tigers roster, from the big names to rising artists you’re developing.

We have 120 artists that are active at any one point in time, so I don’t want to bore the readers of this with a laundry list of artists. I always love talking about our new artists, and some of the ones I’m most excited about are Morgan Wade and Cimafunk.

Morgan is a country artist from Virginia, and she has huge potential in my opinion. Her songs are amazing, and there are other reasons she really stands out from the crowd. Cimafunk is an artist from Cuba, and I love his music so much. He’s recording with Jack Splash right now, and I can’t wait to hear the new music. It’s a priority for us to make some headway in the Latin market, and he’s going to be an important artist in that effort.

Heavily involved in the Nashville music scene, Thirty Tigers has become known for breaking popular Country, Folk and Americana acts. What is the key to taking these local acts and developing them to a national or even global level?

Every breaking artist is its own story, because every act will land with a potential consumer or fan for a different reason. Our job is to really understand the narrative behind each act we take on and try to help them with the tactics of bridging the gap between their music and their prospective fans. Some genres are more press-driven and some are more radio-driven, but we craft and execute a plan that is as unique as every individual artist.

“The thing that makes me the most proud is when people talk to me about our reputation as a company.”

In your 20 plus years in operation, what have been some of your proudest moments as a company?

The thing that makes me the most proud is when people talk to me about our reputation as a company. I really try to center the staff around the ideas of love and service. Be loving and want the best for everyone, and enter your work with a heart of service, because we did not create this music, nor do we own it. Our artists have had plenty of GRAMMY wins and that always makes me intensely proud and happy.

We’ve created and maintained what I think is a virtuous ecosystem where we’re able to ensure that artists earn a solid living from what they do, the employees are taken care of… basically, I think that all stakeholders in our ecosystem are well served by being in it. That makes me very proud.

Any big releases coming up in 2021 that should be on everyone’s radar?

What’s a fun fact about Thirty Tigers that most people might not know?

We produce movies! We’ve done three now and have ambitions to do more. They will always be smaller arthouse type films, but it’s something that I’m passionate about and am proud of each of the films we’ve done.

What’s the best way to keep up with updates from Thirty Tigers and their artists? 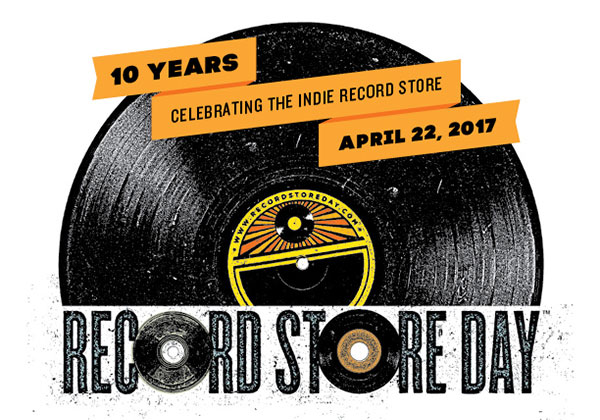 This past Saturday, was Record Store Day, the biggest physical sales day of the year. This annual event was even more special as RSD celebrated its 10th anniversary! Numerous independent retailers have already reported that this was one of their best Rec...