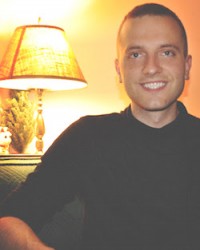 We all know that the operations department can get into some pretty sticky stuff. As a higher up in the department, what the #&@$ do you do?!!?
When I was a client manager, I always wondered what the folks in the operations department actually did. As our fearless leader, Jess Payne, likes to say: “We keep the trains running.” Some days, we get to map out a new tunnel and launch a new line and other days we re-route trains and take care of sick passengers.

Historically, the job of the Senior Manager has been to maintain relationships with our stores from a technical standpoint. If you’re a store (let’s call you Riff.ly) and you’d like to fill up your library with music, you sign a deal with The Orchard. Once that deal is signed, it’s up to us, The Orchard’s operations team, to take care of the actual delivery of music to Riff.ly and to make sure those deliveries happen smoothly. Every second, songs are being delivered somewhere. The operations team makes sure these deliveries are happening cleanly and efficiently. A good Senior Manager will ensure that things go well. We have an amazing set of pipes on our end, but something breaks every single day and it’s our job to make sure the rest of the company doesn’t feel that impact.

It’s easy to become reactive in operations, but we consciously try to set aside time just for improvements. Currently, I’m running an experiment of treating the operations team itself like a product. What do people want to use operations for? Are they getting what they expect? What could we be doing better? All great questions! As our other fearless (and much more Hawaiian-shirted) leader, Bullethead, likes to say: “We want to be less like firefighters and more like fire marshals.” The operations of the future are proactive.

With a new major store or streaming service being announced seemingly every week, how does the Operations team stay on top of the constantly evolving landscape of the music marketplace?
We’ve learned that being systematic when we onboard a new store is a must. Sometimes what you think is a quick one-off exception turns into a behemoth, and you find yourself wishing you could turn back the clock to gather all the information at the outset. We use two terms in nearly every project: the definition of “ready” and the definition of “done.” In other words, do we have everything we need to start working on this project, and how do we know when we’ve completed this project successfully?

We love the process, but we also think evolution is important. We don’t want to become immobilized by our own habits, which is where keeping an open dialogue with the rest of the company comes in. Just a few days ago, we sat down with the Business Development team in order to learn more about each other’s onboarding experience. As a result, we both came up with some quick and actionable improvements that we’re very excited to try out. It starts with a conversation!

We’re very fond of your project Bring Prudence and know you just released a record. Can you tell us about your music and the process of writing/releasing Red Horses?
When I was 16, I bought a guitar with the savings from my summer job at Dunkin’ Donuts. Since then, I’ve been teaching myself to play, sing and write music. I played in a number of bands in college (Pursued By a Bear, Win Win, Bad Bad Hats), but when I moved to New York, I had to find a way to keep making music without my friends.

In 2013, I released an electronic EP called Aliens, but I couldn’t play it live because I didn’t have the gear or the confidence in sequencing electronic bleeps, bloops and beats. That’s when I decided that my next project would be acoustic. Around this time, my housemates and I started a weekly workshop in the kitchen of our Crown Heights apartment. Every Sunday, I brought in a new song to be critiqued by them until I had enough material for a full album.

The recording process for Red Horses took over a year. Almost every weekend I stayed in and recorded in my room. Any ambulance siren, door creak, or silverware scrape would render a take unusable, so I was moving at the pace of a tortoise. I also took on gradually teaching myself Logic Pro X, and found out that our own Dave Suchmann is an incredible resource when it comes to mixing, mastering and production. We hung out at his home studio one evening, and he taught me how to mix and master my own songs. Then my friend Jared van Fleet added a soft bed of piano, bass, and shakers to the album, and out the door it went. Here is a link to it, if you’re curious to hear it.

Well Oleh, the record came out wonderfully. Thank you for telling us what the #&@$ you do.

least favorite movie: Nuns on the Run (1990)
biggest musical influence: Destroyer
potential Halloween costume: Chilly Willy or an eggplant
random fact: When I was 7, I was riding a pony in a park and got approached for an interview by a local TV correspondent.