Out Today by The Orchard: Tyler Childers, The Dinner & More 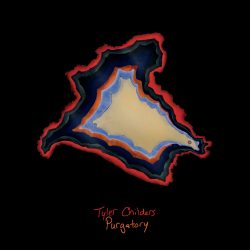 With music festival season winding down and film season picking back up, The Orchard is busy delivering the freshest from grassy fairgrounds to dimly lit theaters. This week we have a heartfelt country album that will have you craving BBQ and whiskey, an Australian indie pop record that is sure to get listeners moving and a dark drama that tests the bonds of family loyalty. So pick your poison and enjoy.

Gather some friends, light a campfire and crack a few beers because the new Tyler Childers‘ album, Purgatory, is a folk soundtrack that will whisk you away sonically to the Appalachian backcountry. The album channels the past experiences and emotions Tyler had while driving back and forth between his hometown and gigs around Kentucky and West Virginia. Childers ventures into his youth as well as the influence country music had on his community and way of life. If you’re looking for an honest country album that perfectly captures the journey of an emerging artist then look no further than Purgatory, brought to you by Hickman Holler Records.

Straight from down under, Saskwatch is an Australian indie pop band that is taking listeners on a psychedelic journey through sound with their latest project, Manual Override. Their fourth album is a mix of upbeat synth pop tracks that are sure to get you moving as well as slower more reflective songs that highlight the feeling of love and loss. You can check out the fun-filled music video for the opening track “December Nights” below and listen to the entire album here.

Featuring an all-star cast of movie powerhouses like Richard Gere, Steve Coogan, Rebecca Hall and more, The Dinner is a hard hitting film that tracks a family’s struggle between doing what is right and what is easy. After security footage captures their son’s committing violent crimes, a pair of estranged brothers must come together and figure out how to proceed as one’s political career and the other’s moral sanity lays in the balance. Watch The Dinner and find out what happens when dark secrets are exposed and family loyalty is put to the test.