Out Today by The Orchard: Terra Lightfoot, Pale Honey & More 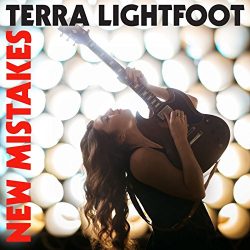 Baseball and Halloween decor seem to sum up the first half of October. Step away from the constant deja vu this month with three new releases, Out Today. Two artists are repping Canada with their unique voices and uplifting beats, while a Swedish act charms you with a set of mysterious vocals and powerful drums.

Despite some downtrodden lyrics, you can’t help feeling inspired by the newest body of work from Terra Lightfoot. New Mistakes marks the Canadian singer/songwriter’s third studio album via Sonic Unyon Records and celebrates the good, the bad and the ugly of life as we know it. Her deeply rich vocals effortlessly coat each track with a folk rock blend. Beyond powerful lyrics and soothing tones, Lightfoot‘s signature guitar riffs fill New Mistakes. Feel the passion and pain of “Paradise” in preparation of the new album.

You may know King Khan as frontman to King Khan & The Shrines or half of The King Khan & BBQ Show, but this time, he’s going solo. Murderburgers is the punk rock vet’s debut solo album, via Ernest Jenning Record Co./Khannibalism. Known for his garage rock style, Khan took a twist on his own, testing the waters with a bit of a surf/funk vibe. His many distinct releases and exciting visuals, sends a clear message – King Khan is one of a kind. Stream Murderburgers below via Spotify.

Pale Honey captures the listener with raw vocals and just the right amount of bass, thanks to Nelly Daltrey on the drums. With an intriguing and multi-faceted tone comparable to the stylings of pop-sensation Lorde, lead singer Tuva Lodmar shines through each track, enhancing each lyric with a texture of their own. Devotion is the Swedish rock band’s second full length album. Get lost in the new release from Instant Records/Bolero Recordings, with “Why Do I Always Feel This Way,” and find the full album here.