Out Today by The Orchard: Dodie, YGTUT & More 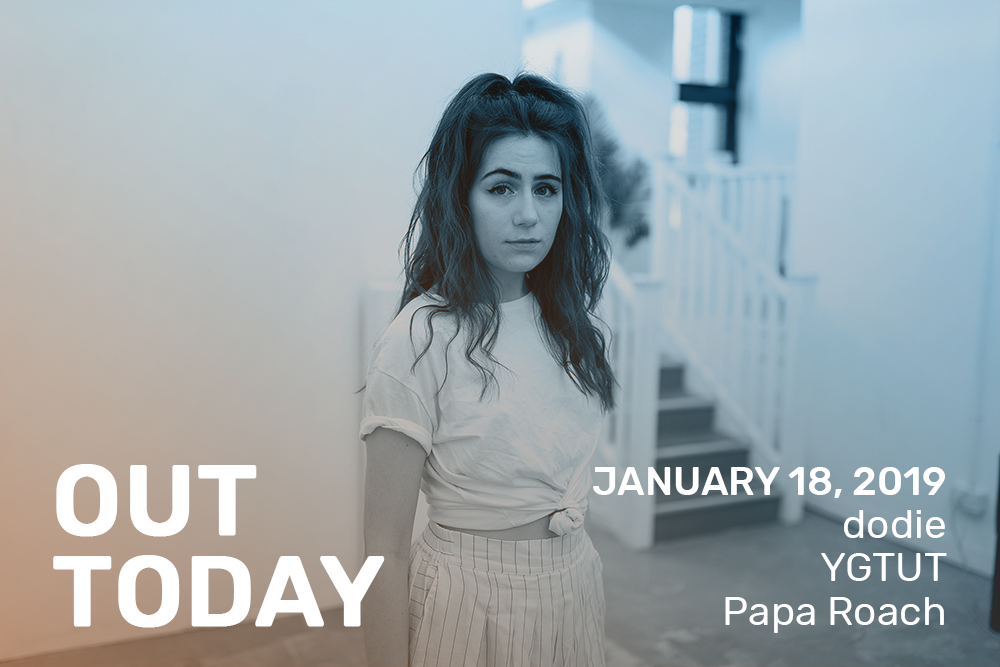 We get it — it’s been a long week. So let’s just jump right in. We got a variety of releases this week… new music from a YouTube fave, a Preacher’s son, and alternative-rock quartet.

British singer-songwriter and blogger, Dodie (doddleoddle), is known for her bittersweet acoustic romance songs. Over time she built her loyal fanbase from putting out creative video content out in the world over the past few years. Originally from Enfield, she started sharing videos of her life at the age of 16, eventually building up to 1.7 million subscribers. Her debut EP Human combines baritone ukulele with original songs about love, loss, and yearning. In an exclusive piece for Bustle, Dodie talks about finding happiness. She speaks a lot about mental health and how that journey is very different for each person. Dive into this 7-track EP — we encourage to start from Track 1 “Arms Unfolding” and travel on this journey with Dodie. She won’t disappoint. Just ask Paste — when she performed at the Paste Live session, she broke their YouTube viewer record. And if we’re being honest, you should totally watch the video below (see what we just did there)…

Tennessee MC YGTUT (Same Plate) is back with fresh material, delivering a seven-song project titled I.O.U. The EP is TUT’s first release since 2017’s Four Two Three, and according to a recent interview with DJ BOOTH, the young artist set out to make a change with this record: “You have to evolve as an artist and as a man in general. If I’m still the same person I was four years ago, that means I’m not doing shit.” Balancing meaningful lyricism and beats that make the party pop, I.O.U. provides plenty of evidence that TUT is honing his craft. Check out the video for ‘Get It’ below, and dive into the full record here.

The dudes in Papa Roach have been hitting fans with hard rock heaters since the band began in 1993, and today they’re giving the world a tenth studio album. The new LP, Who Do You Trust?, arrives today via Eleven Seven Music. The album, along with the title track, put forth a cautionary tale advising people to think for themselves. According to lead singer Jacoby Shaddix, “It’s the sea of information, all of if slightly out of focus – and you’re left floating in trying to decide for yourself. Who do you trust?” Alongside this meaningful message, listeners can expect killer riffs, hard-hitting drums and signature Papa Roach choruses that get stuck in your head for days. Watch the video for the title track below, and listen to the full album here.