Out Today by The Orchard: Calpurnia, Fantastic Negrito & More 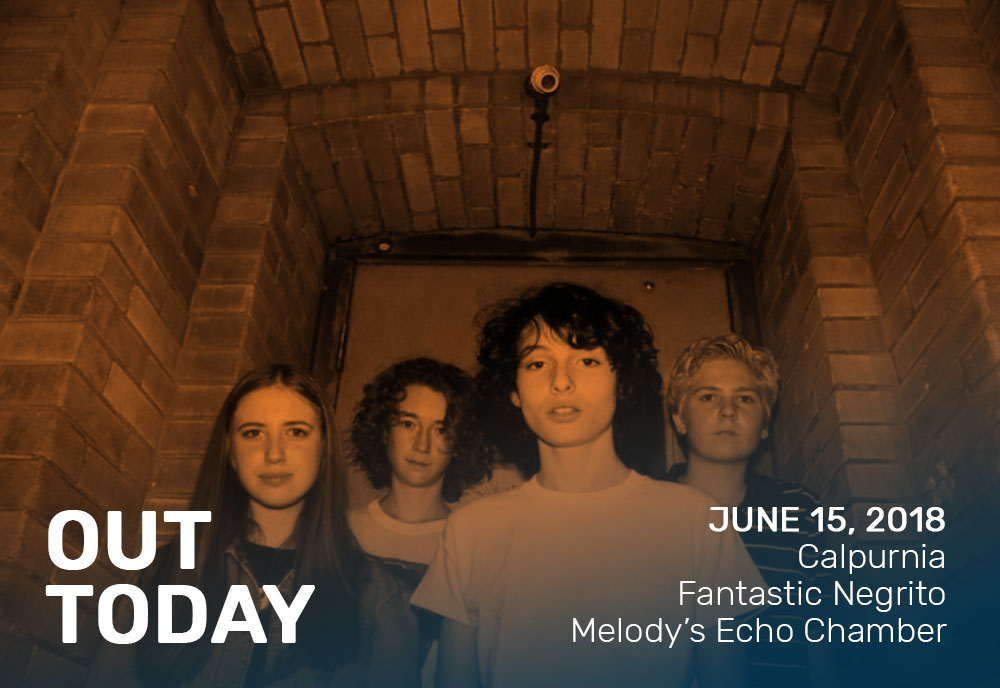 Hi there! Looking for great new music? Well look no further because you’ve come to the right place! We’ve compiled some of our biggest releases of the week. First up, we have Calpurnia rockin’ their way to the top with their debut EP. Next, we have Fantastic Negrito heating things up with his sophomore album. Then, we have Melody’s Echo Chamber taking us to another planet with her new music. All courtesy of yours truly, and all Out Today!

Vancouver-based indie rock quartet Calpurnia release their debut EP Scout via Royal Mountain Records. While the band may be new (and young), you may recognize one member: guitarist/singer Finn Wolfhard, who stars in the hit Netflix show Stranger Things. On the EP, the group channels a little bit of the Rolling Stones and Beach Boys, giving us all the throwback feels. You’ll hear classic rock influences, especially from lead guitarist Ayla Tesler-Mabe, who graces us with some killer riffage. We expect this EP to be a hit for the promising group with features across CoS, Exclaim! and NME. I mean if it isn’t proof enough that the track City Boy has already gotten 2 million streams and managed to make the #1 spot on the Australian Viral Top 50 Chart, then what is?

Check out the official video for “City Boy” before streaming the rest of the EP, now!

Singer/songwriter Fantastic Negrito turns up the volume with his new release Please Don’t Be Dead through Cooking Vinyl.  After winning the Grammy Award last year for Best Contemporary Blues album with The Last Days of Oakland, the musician has been busy with non-stop touring and putting the final touches on his new album. Between the track “Plastic Hamburgers” (official video below) and “The Duffler,” he puts a strong emphasis on despair and injustice in America. It’s clear that he is not interested in money, fame or going mainstream but being a force of energy and using music as a channel to connect with people. Be sure to listen to his album that is transcending political differences.

It’s been over five years but French musician Melody’s Echo Chamber is back with her enchanting release Bon Voyage through Fat Possum. The album is a follow-up to her 2012 self-titled album that combined psychedelic pop with chromatic darkness. This new album takes us into Melody’s widely imaginative world with rhythmic shuffles, wailing synth sounds and floating guitar riffs. With seven extensive tracks, Bon Voyage is a breath of fresh sounds and clattering grooves in multiple languages (French, English and Swedish). Take a look at the visual for “Breathe In Breathe Out” that transports listeners to another universe (Fun fact: this is the first song Melody played drums on). Then, transform into a world of spiritual search and emotional healing with her album, all out today!

That’s all for this week but keep your eyes and ears out for more new music. Happy Friday!