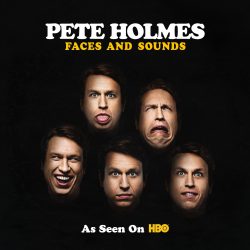 Well, July 4th weekend is over and we’re back to the daily grind. When the work week blows by, sometimes it’s nice to take some time to step back and decompress. To help you recover from last weekend’s celebrations, we’re bringing you everything you need, from nonstop laughs, to a seafaring voyage, to some chill-out shoegaze.

For feel-good humor and endless fun, check out goofy man-boy Pete Holmes in his latest Comedy Dynamics release, Faces and Sounds, as seen on HBO. The jokester behind the podcast You Made It Weird can make something as mundane as the parking lot at Target funny. Each anecdote on the album is full of his good-natured self awareness with a willingness to laugh at his own jokes and corny wordplay. Faces and Sounds covers everything from rude baristas to gender stereotypes and Pete Holmes is more hilarious than he would ever admit. Get ready to laugh until your face hurts with a clip from the HBO special below, and get the full album here.

UK musician and true industry veteran Mike Cooper releases Raft, his fourth release with Room40. For over 50 years, the “post-everything” artist has made his way through a variety of genres to reach his current sound, combining ambient exotica with a mix of electronics and South Pacific tradition. Inspired by the voyage of a lone traveller, Raft is meditative and hypnotic. Cooper expertly uses his steel guitar to create an aquatic sensation that takes you on a trip around the world. Check out this cut from the album, “Raft 21- Guayaquil to Tully,” before getting the full LP here.

Last but certainly not least, Dollar Slice Records presents I/O’s latest release, Anyone, Anywhere. The Boston-based, post-rock group continues to evolve, and though their music is exclusively instrumental, each track feels like its own narrative as it moves from delicately melodic to dramatically expansive. With their powerful and intentional rhythm section, you can’t help but get reeled in to the story and wonder what will happen next. Watch an album teaser below, and if you want to listen to Anyone, Anywhere at any time, get the whole thing here. 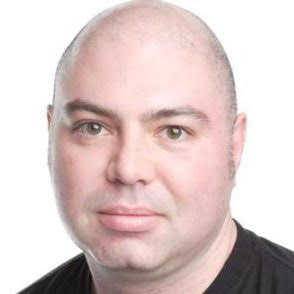