Festivals: Then, Now and Beyond 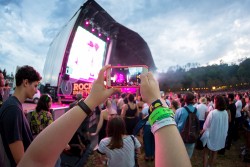 We’re in the throng of summer festivals, and as I recover from attending Solidays in Paris just recently, I have to reflect on the past 20 years of festivals and how things have changed (I’m not as old as that sounds, really). Here are 5 examples that stood out to me:

Big screens: to see the show even when you’re far far away from the stage. (That should save many of us the muscle strain of carrying people on your shoulders all summer!)

Spectacular light shows: which get more and more impressive with the use of next-generation LEDs and lights.

Mobile apps: These include maps, schedules and playlists of the bands performing. They’re perfect to help you discover new bands and highlight the ones you absolutely can’t miss. Apps are also a very smart way for festivals to stay in touch with their customers and send them info all year long for the next edition. For those interested, the guys at Green Copper make great festival apps.

Much better food: You now have the choice between countless cuisines from around the world, all cooked to keep fresh and indigestion-free, and you can always find something delicious whether you’re vegan, vegetarian, gluten free. 20 years ago, food was a bit of a wild card…

Cashless payments: In some festivals, you can even pay with an RFID chip that you can recharge wherever you are from your mobile. No cash means less risk of robbery, fewer mistakes, much faster payments (so shorter queues at the bars) and organizers even get real-time data to know when and where the bars are busy so they can better allocate their bartenders. Brilliant!

All these are great steps up from yesteryears, but there are still a lot of things that could be changed, which digital could have a hand in improving:

Real-time info: For example on the wait-time to enter the festival, or affluence predictions from stats of the previous years. This would avoid massive crowds wanting to enter at the same time. (I had to wait 2 hours to Solidays the first day and missed a show I really wanted to see.) The same idea applies to toilets and buses after the event. This could live on Twitter, via the mobile app or simply, the festival website.

Song names: Why not use the new big screens to share the names of the songs a band is playing? People can then easily pick them up and add them to their personal playlists. It’s also a great place to include an official website, socials links and even display fans’ tweets using a targeted hashtag.

Get social: A previous post from Allison Ullrich talks about what you can do leading up to a festival tour date. Here are some ideas that would be great to engage and reward fans, as well as acquire new ones:

Adjust pricing: Take a page from airline companies and use Yield Management for festival ticketing. Many festivals are already proposing cheaper deals before the first performers are announced. Prices can then increase with the release of new headliners and programs. This is a great way to reward your early birds and generate early ticket sales.

Create a sharing program: Create an app so people can share boots, raincoats, cars and more. While we’re at it, put together a video that reminds people of all the benefits of mud on their skin — weather is maybe the last thing digital can’t fix yet, and well, it just adds to the experience of the show! 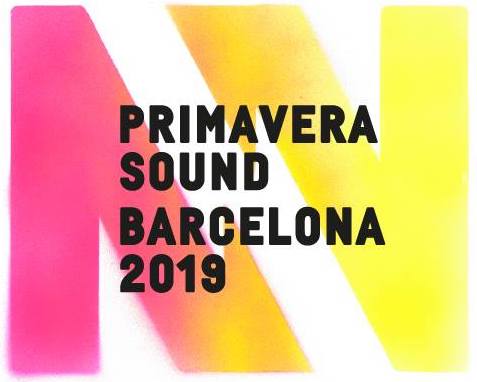 There’s no better way to spring into the new season than to celebrate with music (and of course, food trucks) at festivals. The Orchard is proud to announce that many of our artists are performing at some of the top festivals across the United States and gl... 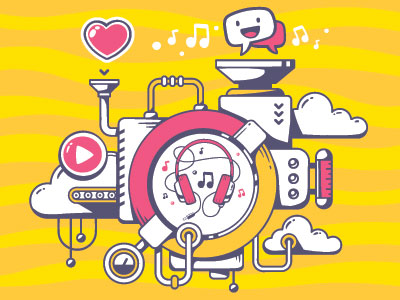 What Is a Retail Marketing Plan?

The continued growth of recorded music revenue in 2018 is incredibly exciting for our industry and fosters opportunities for labels, managers, and artists to be even more creative when planning their releases. Musicians are touring more than ever, we’ve see...